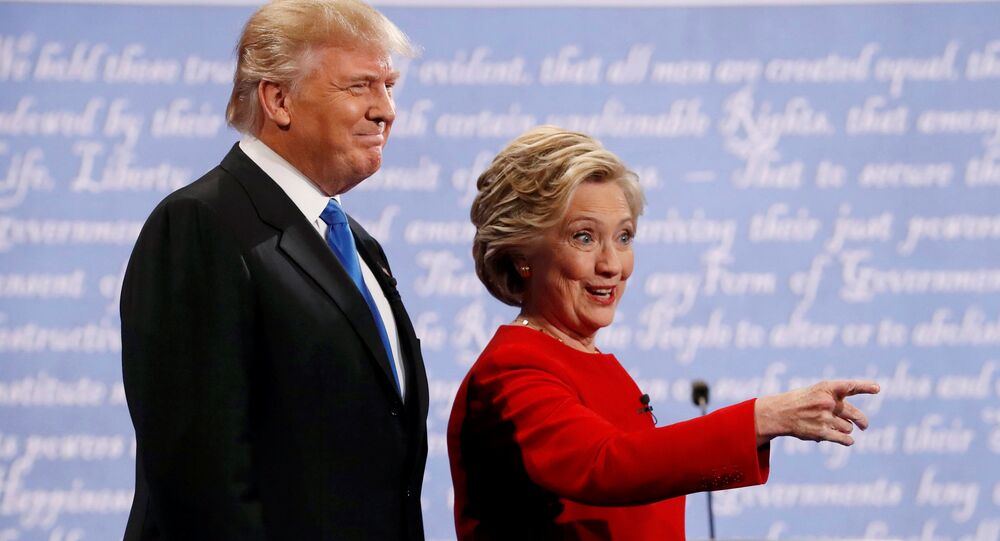 US presidential candidate Hillary Clinton won over Donald Trump, her rival from the Republican Party, in the second presidential debate, a poll revealed.

© REUTERS / Brian Snyder
Trump Doubts Fairness of Clinton's Victory in Race for Democratic Nomination
WASHINGTON (Sputnik) – On Sunday, Clinton and Trump participated in the debate ahead of the forthcoming presidential elections.

According to the poll conducted by the CNN broadcaster and Opinion Research Corporation (ORC), Clinton gathered support of 57 percent of the debate watchers, while the Republican nominee was supported by 34 percent.

At the same time, the survey showed that 39 percent of the watchers believe that Clinton's performance was better than they had expected, while 63 percent responded that Trump exceeded their expectations in the debate.

The first round of debate between Trump and Clinton was held on September 26. The similar poll conducted by CNN/ORC showed that 62 percent of respondents said that Clinton won the round, while 27 percent supported Trump.