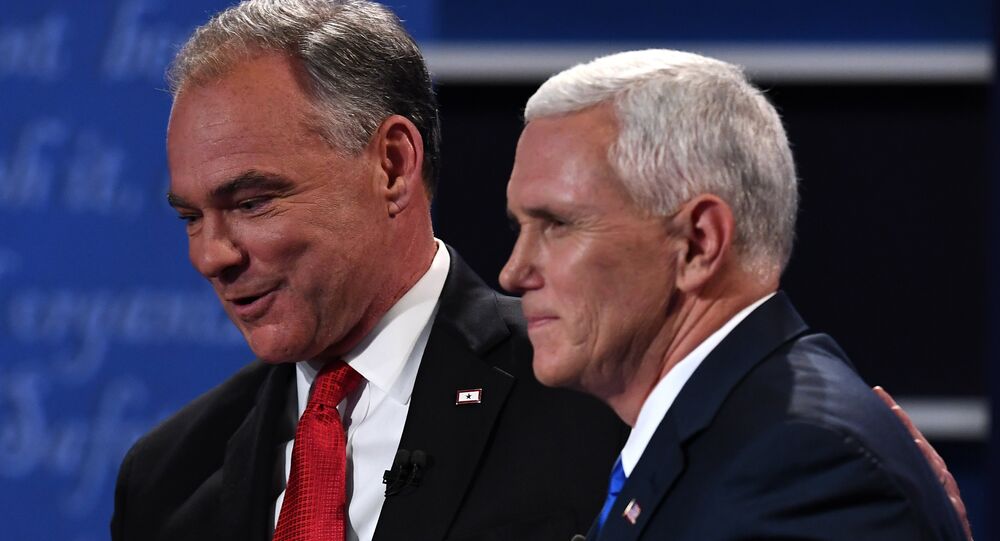 After last night’s presidential debate between Tim Kaine and Mike Pence it seems the Democrats and Republicans have more agreements regarding foreign policy and war than differences. Is the US presidential race truly about choosing the lesser evil, or simply a preferred evil?

Radio Sputnik’s Loud & Clear spoke with Gloria La Riva, presidential nominee for the Party For Socialism and Liberation; Kevin Aiken, California State Chair for the Peace and Freedom Party; and Bob Schlehuber, producer of Radio Sputnik’s By Any Means Necessary with Eugene Puryear, about the VP debates and how it revealed that Democratic and Republican policy is often closer than is reported in mainstream media.

​The two candidates agreed on a need for a "humanitarian zone" over Syria, a term which some take be a euphemism for a no-fly-zone.

"Instituting a no-fly-zone is an act of war," Aiken began, "It’s clearly picking a fight with those who have reason to fly in Syria, like the Syrian government, and their allies from Russia and various other places too."

Loud & Clear host Brian Becker pointed out that, throughout Republican presidential candidate Donald Trump’s campaign, he has portrayed himself as less hawkish than Clinton, but Pence drove home that the billionaire would be equally aggressive abroad, if elected president.

La Riva concurred, adding, "They both focus on Russia, [there was] serious Russia bashing, making it seem like [Moscow] is a threat to the United States when it’s really the other way around, and this idea of a no-fly-zone was a prelude to the destruction of Libya, so I think everything is being laid in place for either the aggression to begin, under Obama, and to just hand it over to the next President, Trump or Clinton."

Pence blamed the spread of Daesh on what the VP candidate termed Obama’s weakness in Iraq, but neither he nor Kaine acknowledged the role former played by the administration of former President George W. Bush in facilitating the expansion of violent terrorism after the 2003 invasion of Iraq.

"I think it’s clear that [the Democrats] are playing to that center-right, some of the hawkish Republicans that agree with Clinton’s foreign policy, and they avoid criticising George [W] Bush because they’re afraid of alienating those voters." Schlehuber suggested.

He added that neither Democrats nor Republicans seem willing to dial back their assertive stance on foreign war and military intervention, and that this posture causes great suffering to people worldwide.

"We're faced with this dichotomy, that it's either Trump or Clinton, and it seems like this one's right and this one's wrong," he offered, adding, "we’re fooling ourselves. We have the right and the far-right. No conversation is had about bringing peace and stability to these regions for the people that live there, that actually care about the humanity and well-being of these people. Instead it’s all about trying to figure how we can have peace through force, which is a fallacy, and that’s what both parties laid heavily into."

Election Integrity and Pants on Fire