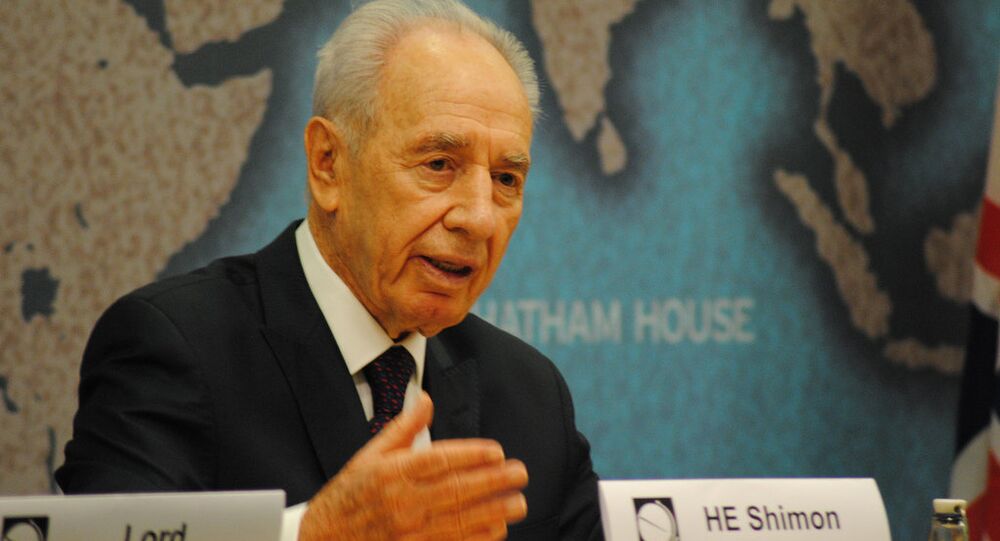 US Flags to Be Lowered in Memory of Late Shimon Peres

US President Barack Obama has ordered to lower US flags in honor of former Israeli prime minister and president Shimon Peres, who died on Wednesday, the White House said.

WASHINGTON (Sputnik) – According to a Wednesday presidential proclamation posted by the White House, US flags "shall be flown at half-staff at the White House and on all public buildings and grounds, at all military posts and naval stations, and on all naval vessels of the Federal Government in the District of Columbia and throughout the United States and its Territories and possessions until sunset, on September 30, 2016."

© Sputnik / Igor Yakunin
Obama to Lead US Delegation to Funeral of Former Israeli President Peres
Flags will also be lowered at all US embassies, consular offices, and other facilities abroad, including military facilities and naval vessels, the presidential statement says.

Peres died on Wednesday at the age of 93 after suffering a stroke several weeks ago.

Obama will lead the US delegation to the funeral of the former Israeli prime minister and president. The delegation will depart on Thursday and return to the United States on Friday.