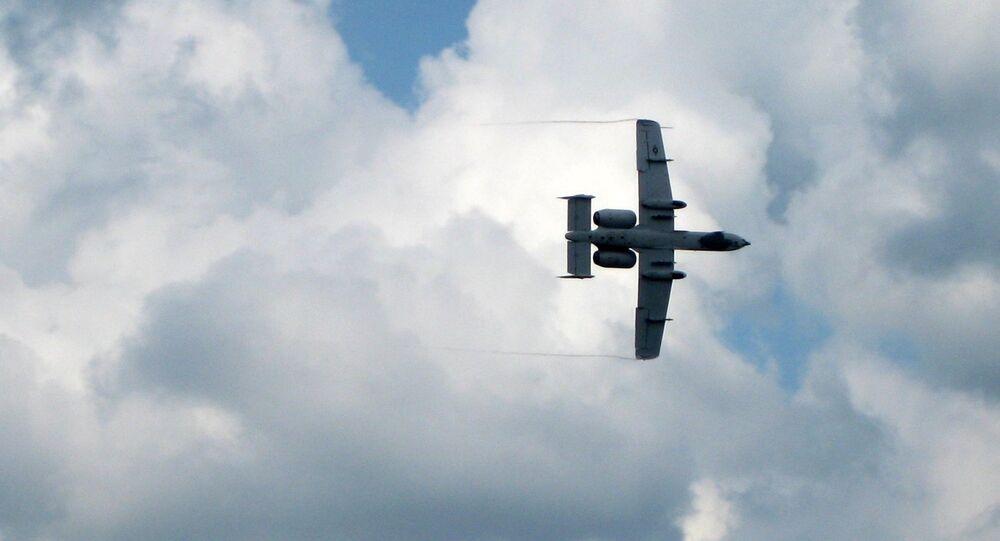 In light of growing operational and maintenance costs associated with the aging A-10 fleet and a shortage of experienced aviators, the US Air Force is considering the purchase of a light attack aircraft in the near future.

© Flickr / United States Marine Corps
Finally Fixed? Air Force Hope They’ve Repaired Potentially Deadly F-35 Blunders
Two months ago US media reported that the Air Force intends to start with a low-cost OA-X to act in support of the A-10 in low-threat environments, later getting an A-X to replace the A-10 Warthog fleet in conducting close air support for more dangerous missions.

According to Lt. Gen. James M. "Mike" Holmes, Air Force deputy chief of staff for strategic plans and requirements, the projected purchases would not eliminate the Warthog from service. In fact, the retirement of the A-10 program could be moved back from 2022, to a later year, due primarily to fifth-generation fighter high operating costs.

In spite of the A-10's robust reputation, Air Force representatives have stated that a new light attack craft is necessary to provide the service with a much less expensive option in their fight against global extremism, a fight that is not expected to end any time soon.

"Do you believe that this war that we're fighting to counter violent extremists is going to last another 15 years?" he said in an interview with Defense News. "If you believe it does, and our chief believes it will, then you have to think about keeping a capability that's affordable to operate against those threats."

Some top Air Force officials express doubt in investing in an OA-X or A-X, arguing that the service may not be able to budget for two new aircraft. But Holmes believes that adding another acquisition to the budget, as coveted as those funds are, is a necessity rather than an option, suggesting that the Air Force must make the purchase if it is to remain effective.

Richard Aboulafia, aerospace analyst with the Teal Group, opined that the US Air Force will choose between three existing close-air-support gunships; Textron AirLand's Scorpion jet, Embraer's A-29 Super Tucano, and Beechcraft's AT-6.

Buying new planes will not only allow the Air Force to spend less on operating costs but also allow additional fighter pilot training, seen as essential to increase the number of flight instructors and boost command-and-control capability at air operations centers.