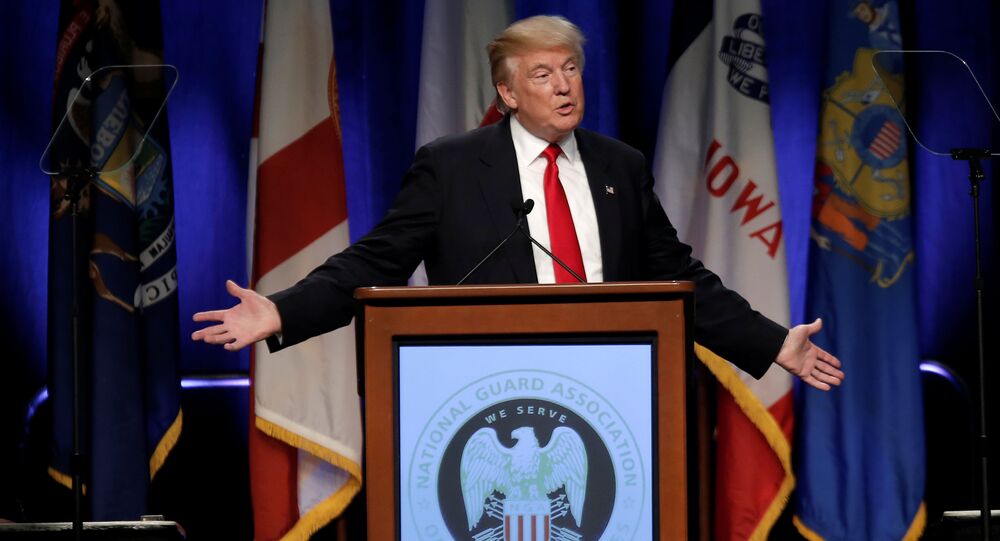 Democratic presidential nominee Hillary Clinton’s characterization of half of her opponents as a "basket of deplorables" disqualifies her from public office unless she retracts her remarks, rival candidate Donald Trump told the National Guard Association in the city of Baltimore on Monday.

© AP Photo / Mary Altaffer
Trump Plans to Release Info About His Health Amid Clinton's Health Issue
WASHINGTON (Sputnik) – Trump was commenting on Clinton’s statements at a Wall Street fundraiser on Friday, in which she said half of Trump’s supporters were racist, sexist, homophobic, xenophobic and Islamophobic.

Clinton has since said she regretted using the term "half" while vowing to continue the same line of attack on Trump and his supporters.

"You can’t lead this nation if you have such a low opinion for its citizens," Trump pointed out. "Hillary Clinton still hasn’t apologized to those she slandered. In fact, she hasn’t backed down at all. She’s doubled down on her campaign of conspiracy and contempt."

Trump added that if Clinton does not retract her comments in full, it will be impossible to wage a credible campaign.