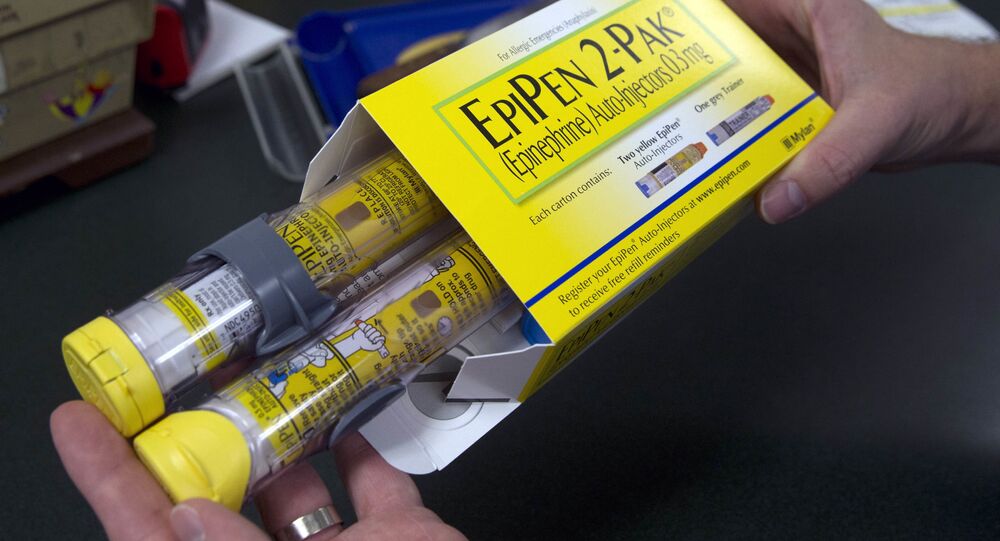 © East News / Image Source/Gennady Imeshev
US Regulatory Agency Approves First Generic Biotech Drug
WASHINGTON (Sputnik) — The US company Mylan has offered a generic version of its emergency allergy injection EpiPen for half the cost of the brand name product, but that is not enough to compensate for the drastic price increase from several years ago, advocacy group Public Citizen President Robert Weissman said in a statement on Monday.

"[I]t's not enough to offer an overpriced generic version of its own branded product," Weissman stated. "The company must roll back its unjustified and outrageous price increases."

On Monday, Mylan announced it would offer a generic version of its EpiPen after a week of controversy over skyrocketing drug prices. In 2009, the emergency injection cost $100 for a two-pack, but its cost has now reached $600. The generic version would cost $300.

© REUTERS / Brendan McDermid
US Biotech Firm Medivation Seeks $14Bln Merger With Rival Pfizer
US media reported last week that the cost for Mylan to make each EpiPen is less than five dollars.

Weissman added in his statement that Mylan's announcement simply allows the company to avoid admitting to price gouging for the life-saving device.

The example of Mylan's price manipulation is just an example of out-of-control drug pricing across the pharmaceutical industry in the United States, the statement concluded.