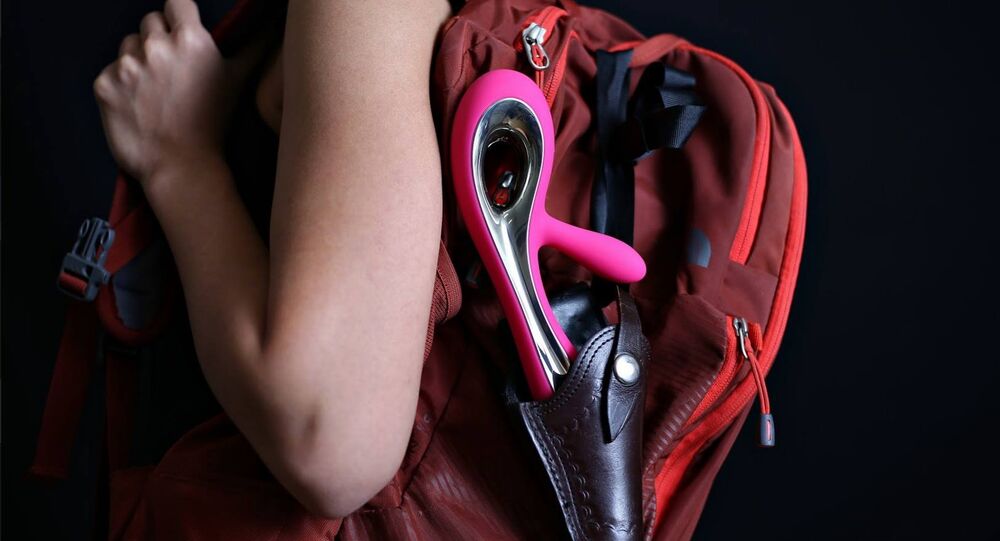 “It offers a visual representation of what it would look like if the gun lobby really got what it wanted,” Jin told the Observer of the campaign, “which is the complete normalization of gun culture.”

From the University of Texas rulebook:

No person or organization will distribute or display on the campus any writing or visual image, or engage in any public performance, that is obscene. A writing, image, or performance is “obscene” if it is obscene as defined in Texas Penal Code, Section 43.21 or successor provisions, and is within the constitutional definition of obscenity as set forth in decisions of the United States Supreme Court."

On Tuesday, the group held a rally at the school to hand out sex toys.

The group also held an event on Monday, handing out 500 large fake penises. Students were asked to bring their school identification cards to the Spider House Cafe and Ballroom to receive one. The event was dubbed, “Pre Come and get your COCK not Glock.”

The campaign has also made a line of t-shirts with slogans such as “take it and come,” a play on the pro-gun slogan “come and take it.”

The bill being protested, Senate Bill 11, took effect August 1. It not only allows students to carry weapons into classrooms, but also prevents schools in some areas from prohibiting it.

© AP Photo / Felicia Fonseca
Texas Southern University on Lockdown Over Shooting Hours After Student Killed in Arizona
Three professors requested an injunction against the concealed carry law on Monday, claiming that the wording is too vague, violates freedoms, and endangers people in classrooms, but the judge did not agree.