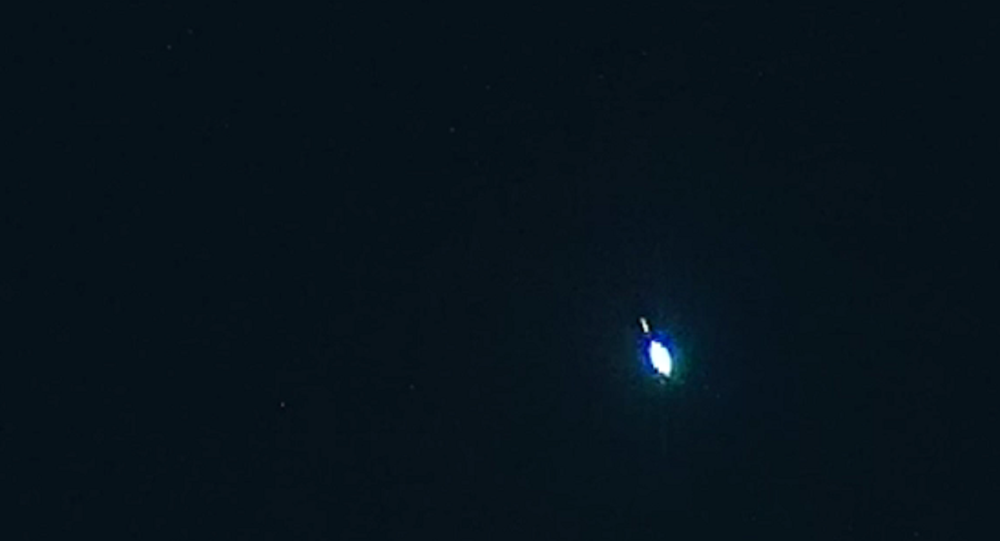 Another mysterious bright light streaked across the Southern California sky on Thursday evening, for at least the third time this year.

The bright streak was reported by nearly 50 witnesses to the American Meteor Society (AMS) as blue or green, and was captured on dashcam video and posted to social media.

Witnesses posted descriptions of what they saw on the AMS website, with many users writing that it resembled a fireball or comet.

“I have seen meteor showers but have never seen anything like this. It appeared much larger and brighter and closer,” Amy T, from Encinitas wrote.

The National Weather Service stated on Friday morning that they are unsure of what it was.

On Monday, another strange and unexplained light flew through the sky over San Diego.

YouTube/Tom Stolze
Fireball Falls Out of the Sky Over a Dozen States in US (VIDEO)
Speaking to a local television station, city resident Ruben Quintana described what he saw as a stream of light that "began as a single blur [and] then expanded into a straight line" before vanishing.

Another witness had described it as a “strange aircraft with lights on the bottom.”

Many speculated that the sighting could have been related to the Perseid meteor showers this month, but Steve Flanders of the Palomar Observatory reported that it did not fit the profile of a meteor and was more likely a military rocket.

"A meteor will move across the sky far more quickly than in this case," he told NBC, explaining that it appeared to be consistent with a military rocket launch. "The tail looks like the flames that escape from a rocket engine during ascent."

In April, there was another stunning giant green fireball that streaked above San Diego.

US Strategic Command stated that they did not believe it was a man-made object, as it did not appear in their database of satellites.

Fireball Lights up the Sky in Scotland