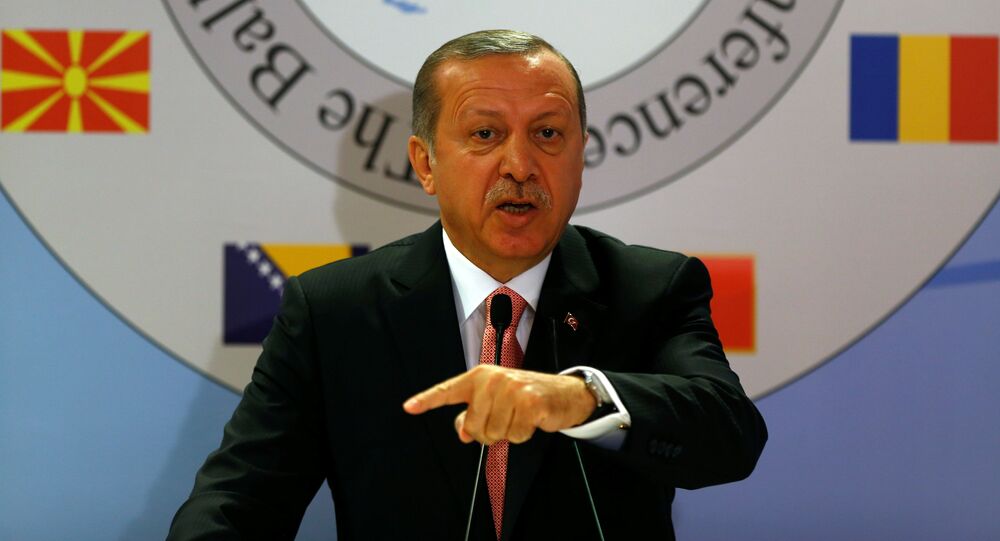 Turkish President Recep Tayyip Erdogan on Friday slammed foreign officials, including high-ranking US general, who criticized Ankara instead of praising its successful suppression of the coup, local media reported.

© AP Photo / Pablo Martinez Monsivais
US National Intelligence Chief: Russia Could ‘Drive Wedge’ Between Turkey, NATO
MOSCOW (Sputnik) – On Thursday, US Central Command (CENTCOM) Commander General Joseph Votel said the United States had relationships with a number of Turkish leaders, including with the military ones, adding that several of them had been placed in jails following the coup attempt.

"The world is watching Turkish people on democracy watch and says they're concerned about the future," Erdogan said criticizing Votel's remarks, as quoted by the Daily Sabah newspaper.

The Turkish leader added that the US general should praise the Turkish state and nation for protection of democracy and not to side with the coup perpetrators.

On July 15, a coup attempt took place in Turkey. Over 240 people were killed and more than 2,000 injured during the failed coup excluding the victims among the coup plotters, according to the country's authorities. The coup was suppressed the following day.