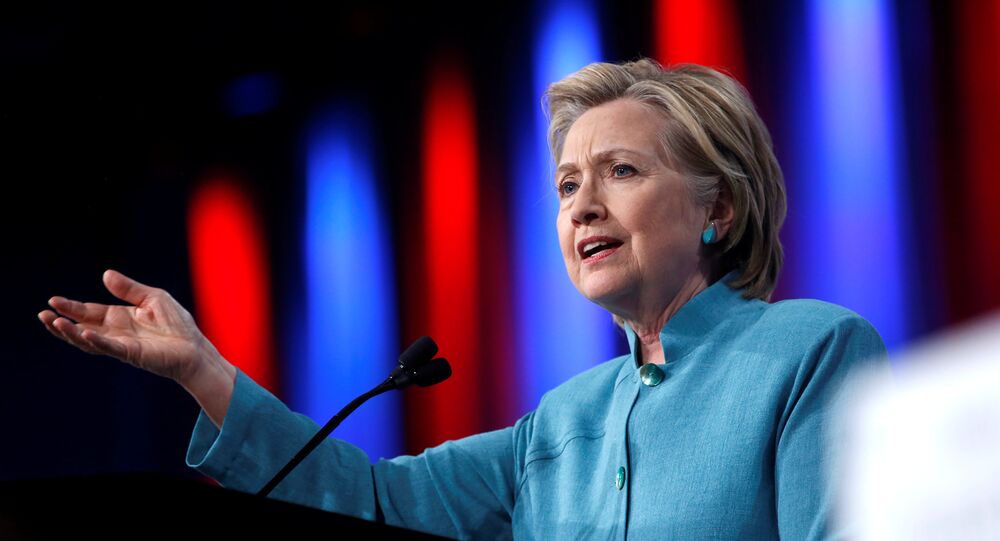 Hillary Clinton has formally accepted the US Democratic Party nomination for president at the Democratic National Convention in Philadelphia.

"It is with humility, determination and boundless confidence in America's promise that I accept your nomination," Clinton said at the Democratic National Convention (DNC) in Philadelphia.

In her speech the US Democratic presidential candidate noted that he United States is still facing "deep-seated" problems.

"We’re still facing deep-seated problems that developed long before the recession and have stayed with us through the recovery," Clinton said, adding that "an awful lot of people feel there is less and less respect for the work they do."

She promised to "liberate millions of people who have student debt," raise the minimum wage, improve healthcare and support domestic manufacturing.

Clinton also spoke against "unfair trade deals" and said the United States must "stand up to China."

According to Clinton, Barack Obama’s presidency has already led to the creation of 15 million new private-sector jobs and twenty million more Americans now have health insurance.

Meanwhile, Clinton does not have universal support within her party. Although former rival candidate Bernie Sanders officially endorsed her candidacy, he subsequently left the Democratic Party entirely in response to leaked emails which revealed that the party and the Democratic National Committee's Chairwoman Debbie Wasserman Schultz had acted on an expressly pro-Clinton bias during the Democratic primaries. Wasserman Schultz was compelled to resign and was subsequently asked by Clinton to run her campaign.

Meanwhile, protesters have criticized Clinton's bellicose foreign policy legacy and flip-flopping on the Trans-Pacific Partnership (TTP). Many pundits believe that her pick of Virginia Senator Tim Kaine, who supports TTP, as a running mate reflects her own opinions on the trade deal.