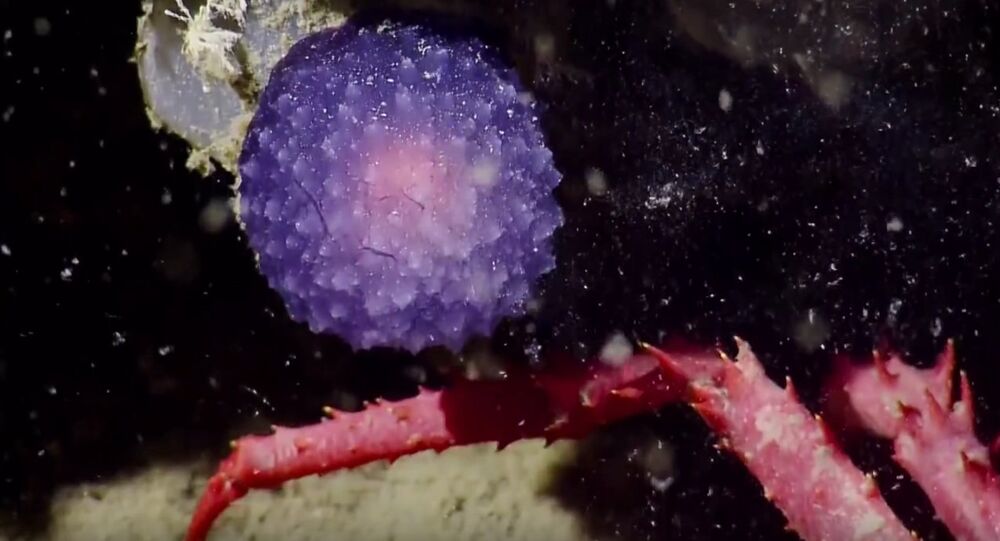 An unidentified purple organism was discovered by researchers off the coast of Southern California.

The unusual discovery was made by a team of scientists from the Ocean Exploration Trust on the exploration vessel Nautilus. They observed the mysterious glowing purple blob using a camera on a vehicle that was actually there to study coral.

The organism, which attracted a great amount of excitement among biologists when they found it, is totally unidentified yet, and it might be an actual new lifeform.

© Photo : pixabay
Veteran Argentine Ufologist Discovers 'Alien Pyramid' in Pacific Ocean
The best thing about this discovery is seeing how much fun the researchers are having as they make their find. Trying to figure out what this odd creature is, they were giving it a number of playful nicknames like "Blobus Purpilis" or "a disco ball."

Just as the biologists were about to extract the orb for analysis, a crab appeared next to it who seemed not to want to let the orb go without a fight. However, the crab soon disappeared, giving them the green light to grab it for examination.

Though the scientists are still trying to identify the mysterious organism, they have suggested that it might be a pleurobranch, a relative of the sea slug.

We're still working on an ID for our mysterious purple orb, but it may be a pleurobranch (sea slug relative). Watch: https://t.co/PVgZ5vBkqm