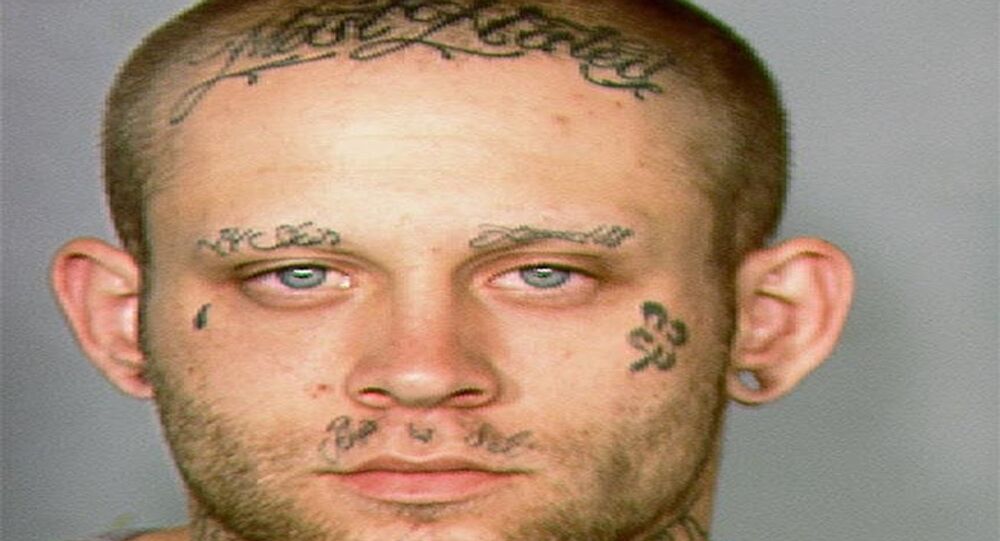 In order for Bayzle Morgan to receive a just and unbiased trial for armed robbery, District Judge Richard Scotti ordered that a makeup artist cover up his many tattoos so that the jury can remain as unprejudiced as possible.

Every morning this week Morgan will be transported from the Clark County Detention Center, where he is being held, to a Las Vegas courthouse where a makeup artist will spend two hours hiding tattoos on his skin. This daily skin-clearing procedure will cost taxpayers $1,200.

Judge Scotti made this decision after a number of potential jurors indicated that Morgan’s tattoos have a negative impact on their opinion of him. One potential juror said the ink "could be indicative of previous criminal acts."

Morgan has a swastika under his left eye, and a teardrop under his right. He also has "Baby Nazi" inked on his neck, and the phrase "Most Wanted" across his forehead. The words "skin" and "head" sit in place of his eyebrows. The markings were hidden while he was in court on Monday.

Alongside his armed robbery trial for a 2013 theft of a motorcycle at gunpoint, the tattooed man also faces charges for the murder of 75-year-old Jean Main the same year, though it is not yet clear whether the presiding judge in that trial will also order Morgan’s tattoos to be covered.

Paul Harasim of the Las Vegas Review Journal said, "It is not up to the court to use taxpayer money to cover up [Morgan's] decisions." Another columnist criticized Judge Scotti’s decision, asking, "What's next? Taxpayer-funded face lifts and nose jobs for defendants Scotti doesn’t think are pretty or handsome enough?"

Make a statement without harming your body: Tattoo health risks

The Spasskaya Tower military tattoo behind the scene