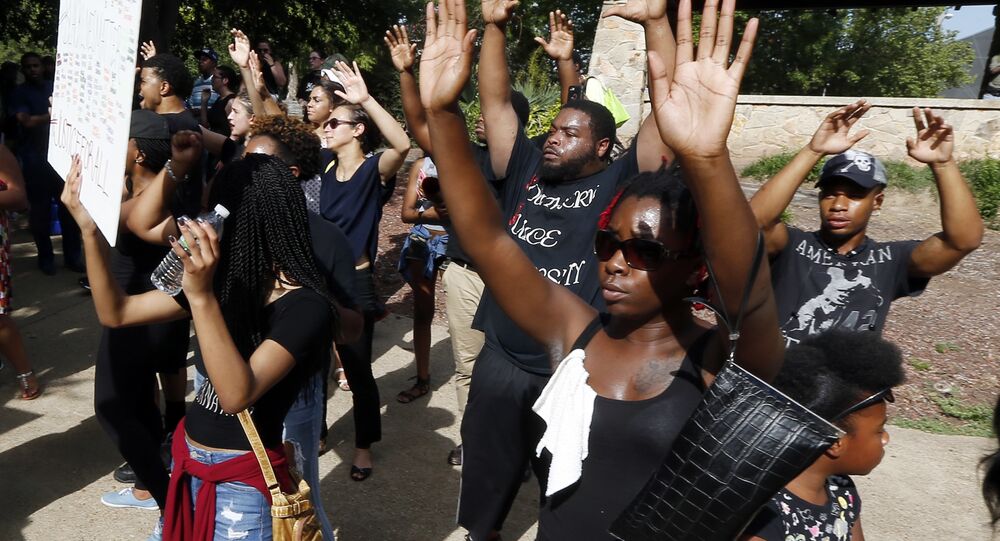 A day after a horrifying shooting attack during a Black Lives Matter march in Dallas that saw five cops killed, Americans are rallying, taking to the streets of cities across the nation. In Baltimore, five people have reportedly been arrested.

Thousands have taken to the streets across the United States on Friday. Protests have been recorded in Atlanta, Baltimore and St. Louis, as well as Baton Rouge, Nashville, and Philadelphia, according to various social media posts.

1500 ppl in the street for #SanFrancisco. pic.twitter.com/njEzxOWqOQ

​Authorities have reported that the rallies are largely peaceful and organizers are working with police. Baltimore is an exception, where five protesters were said to have been arrested in the downtown area. The five were reportedly detained after refusing to leave the street following a demand by law enforcement, according to local TV channel WBAL.

​It has also been reported that Republican presidential candidate Donald Trump cancelled a rally in Chicago due to protests sweeping the country, according to Breitbart.com.

Peoples Powers Assembly, organizers of the Baltimore rally, stated that they are marching in solidarity with the lives of Alton Sterling, Anthony Anderson Jr., Tyrone West and Freddie Gray, all killed by police officers.