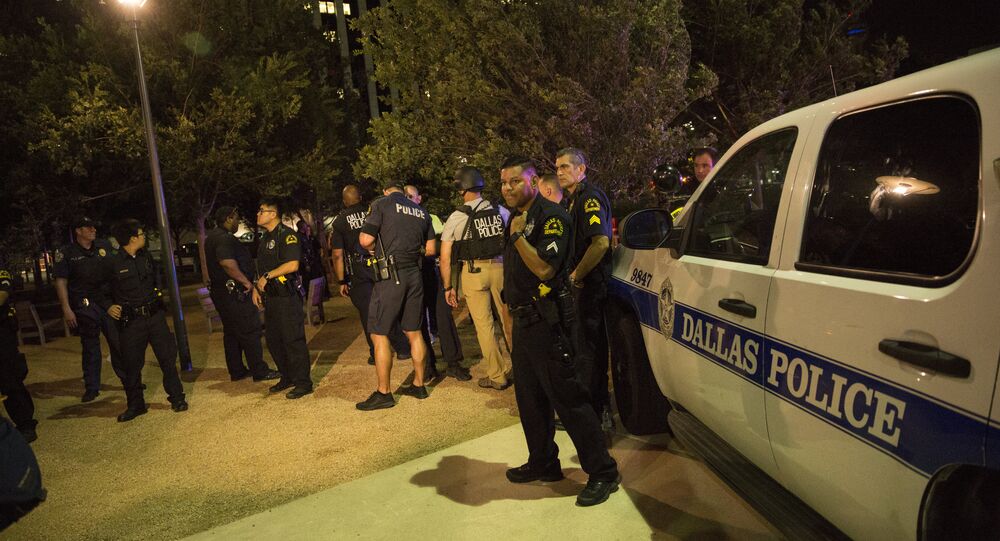 The US Department of Justice must investigate Thursday’s deadly shooting of police officers in Dallas, Texas as a hate crime against law enforcement, Fraternal Order of Police President Chuck Canterbury said in a press release.

"The US Department of Justice is always quick to insert itself into local investigations, sometimes before the preliminary results are even in," Canterbury stated on Friday. "Today, we expect action just as swift — we want a federal investigation into those who were motivated by their hatred of police to commit a mass murder in Dallas last night."

On Thursday night, five Dallas police officers were killed by a sniper after a peaceful demonstration against the police killing of two African-American men in Louisiana and Minnesota. Another seven officers and two civilians were also shot in Dallas, but are expected to survive.

© AFP 2021 / NICHOLAS KAMM
Justice Department Will Provide Any Assistance Needed to Investigate Dallas Shooting
US Attorney General Loretta Lynch said on Friday that the Justice Department will provide all needed assistance in the investigation.

The death of Sterling as well as of another African-American man Philando Castile, at the hands of police prompted protests against police brutality across the United States on Thursday, including in Dallas.

The Fraternal Order of Police is the largest law enforcement union in the United States, with more than 330,000 members.