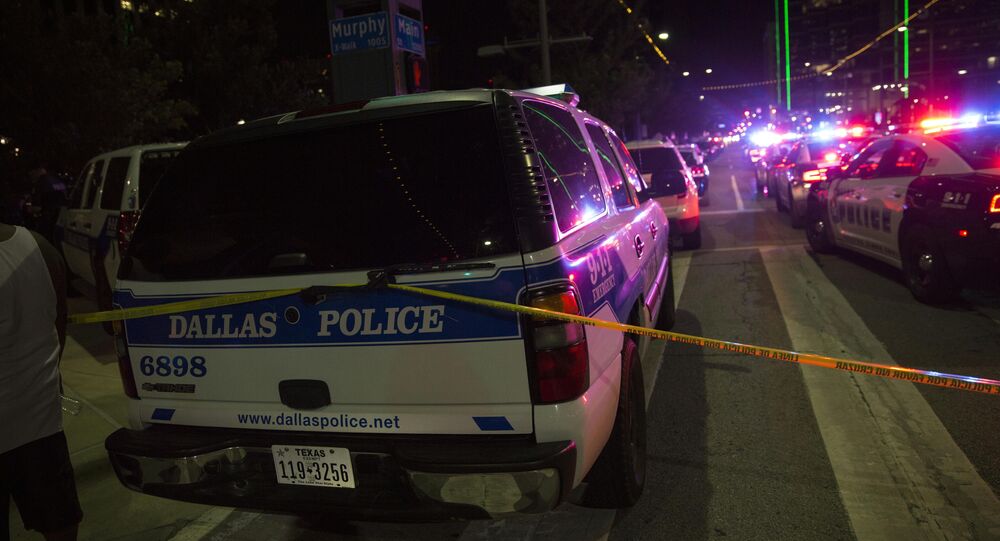 The shooting death of five police officers in the US city of Dallas, Texas was an organized assassination, Congressional Black Caucus chairman G.K. Butterfield said at a press conference on Friday.

© AP Photo / LM Otero
US Police Identify Dallas Shooter as Micah Johnson With No Ties to Terror Groups
WASHINGTON (Sputnik) — The 45-member Congressional Black Caucus represents African-American members of the US House of Representatives and their 30 million constituents.

"Last night, despicable crimes were committed against Dallas police officers, and when the dust settled, five of them were dead as a result of an organized execution by criminals who possessed guns and used them to the extreme," Butterfield stated.

The protest was one of dozens held in the United States after two African-American men were shot and killed in two days by US police.

Butterfield explained that 491 people, mostly African-American, have been fatally shot by US police officers as of June 30, compared to 465 during the same time last year.

Earlier on Friday, US President Barack Obama said the deadly attack had been calculated and pledged that anyone involved in the shooting would be held accountable.

Dallas Attack Shows 'US Not Making Conclusions' From Similar Events