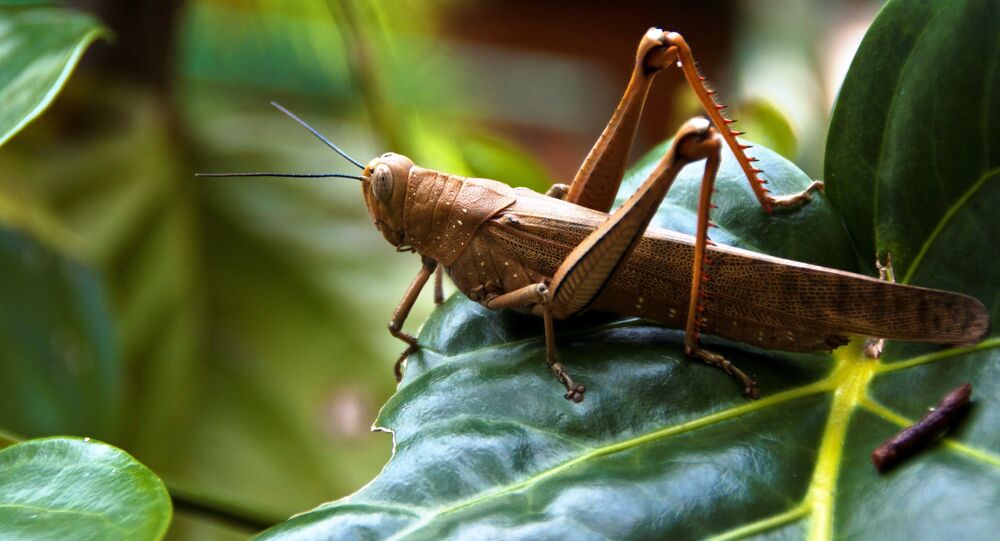 Hunter-Sniffer Cyborg Locusts to Be Developed in US

Scientists from the University of Washington in St. Louis, Missouri, are attempting to turn locusts into cyborgs so as to detect explosives, make medical diagnoses, and allow for processes to be controlled remotely.

© Photo : Engineering and Physical Sciences Research Council
Bat-Inspired Drones Developed by UK Scientists
To animate their ambitious plan, researchers were granted a $750,000 contract from the US Office of Naval Research last week.

Baranidharan Raman, a team leader who has made a career of scrutinizing scent detection in locusts, explained that the species was picked for the role of sapper as it has an “extremely well developed” flair for scent detection.

“They can smell a new odor that comes into the environment within a few hundred milliseconds,” he told Popular Science.

Raman said that locusts have a primitive neurological system that makes it easier to control them; better than dogs, thought by many to be the world’s best trainable sniffers.

To tame the locusts, researchers have developed techniques allowing for the guiding of the insects to a specific location, distinguishing the scent, if any, of an explosive, and then transmitting the data to human, or machine, controllers.

Researchers first covered a locust’s wings with a biocompatible silk that reacts to light by generating heat. To force the bug to move in a given direction, a laser was used. Having entered the area of a beam, the subject insect begins to travel in the opposite direction.

© Photo : Youtube/ AiirSource Military
Russia's Ferocious 4-Legged Metal 'Lynx' to Feature Guns and Missiles
To gain access to the scent detection process of the insect, scientists implanted a chip that, for lack of a better term, hacks its nervous system to decode the collected data.

"We can do a surgery on [the locusts] and implant these electrodes into their brain," he said to St. Louis Public Radio. "Within a few hours, they can recover and they can walk and behave as if nothing had happened."

And finally, to retrieve the data, a locust is surgically equipped with a tiny backpack-like gadget that transmits the information to controllers.

Raman cautions that the technology is currently not yet functional, but predicts that a prototype will be tested within a two-year period.

Welcome to the Future! Boston Dynamics' Latest Robo-Dog in Action