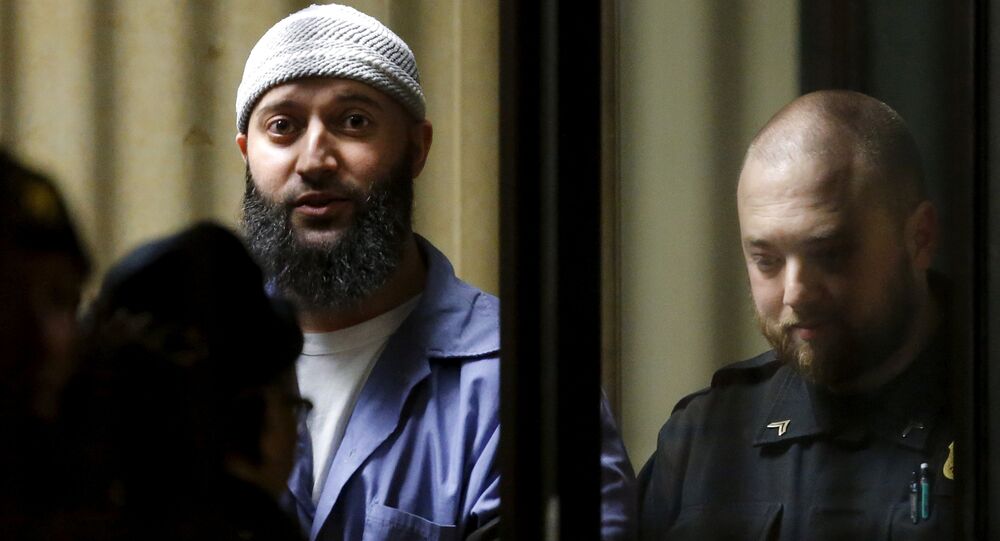 The murder conviction of a Maryland man has been exonerated, and he is set to receive a new trial, after he became the subject of the first season of the viral podcast “Serial.”

© AP Photo / Badruddeen
Bird-en of Proof: Parrot's 'Testimony' Could Help Solve Michigan Murder Case
The case of Adnan Syed, now 35, gained international exposure following the airing of the podcast, which saw downloads in the millions and sent the internet into a frenzy collecting information on the two-decade old murder case.

Syed was sentenced to life in prison 16 years ago for kidnapping and strangling ex-girlfriend Hae Min Lee, who was 18 at the time of her death. Her body was discovered in a Baltimore Park in 1999, by a classmate.

While there was no physical evidence tying Syed to the crime or to the scene, an acquaintance of Syed, Jay Wilds, for reasons unknown struck a deal with the attorney general’s office and testified that he had helped to bury Lee’s body. Phone records also indicated that Syed’s mobile phone was picked up by AT&T towers in the area surrounding the park, but a company memo was posted raising questions about the reliability of location pinpointing at the time.

Susan Simpson, an attorney and fan of the show, who has her own Serial blog, as well as an offshoot podcast called “Undisclosed,” has been credited with finding the internal AT&T memo that lead to Syed’s conviction being overturned.

"If it weren't for her eagle eye… we might not have won here," Rabia Chaudry, a Syed family friend who co-hosted ‘Undisclosed,’ told the Baltimore Sun.

Other cell calls in the same time frame showed calls 27 minutes apart in two other locations, including Dupont Circle in Washington DC, over 40 miles away.

© Flickr / Scott
Innocent Man on Death Row for 30 Years Died Hours Before Judge Cited Him
Four months prior to the conviction being absolved, a hearing before a judge included testimony from an alibi witness who spoke on Serial.

"It is the continued desire of the Attorney General to seek justice in the murder of Hae Min Lee," Maryland attorney general's office said in a statement regarding the decision. "The state's responsibility remains to pursue justice, and to defend what it believes is a valid conviction."

Lee’s family released a statement in February about the effect the podcast and the reopening of the case had on their life, stating that it “reopened wounds that few can imagine.”

"It remains hard to see so many run to defend someone who committed a horrible crime, who destroyed our family, who refuses to accept responsibility, when so few are willing to speak up for Hae," Lee’s family said in the statement.

They also directly addressed fans of the podcast, stating “unlike those who learn about this case on the internet, we sat and watched every day of both trials – so many witnesses, so much evidence.”

The attorney general’s office has suggested that they would appeal the decision, while Syed’s lawyer will be making the case for his client to be released on bail.