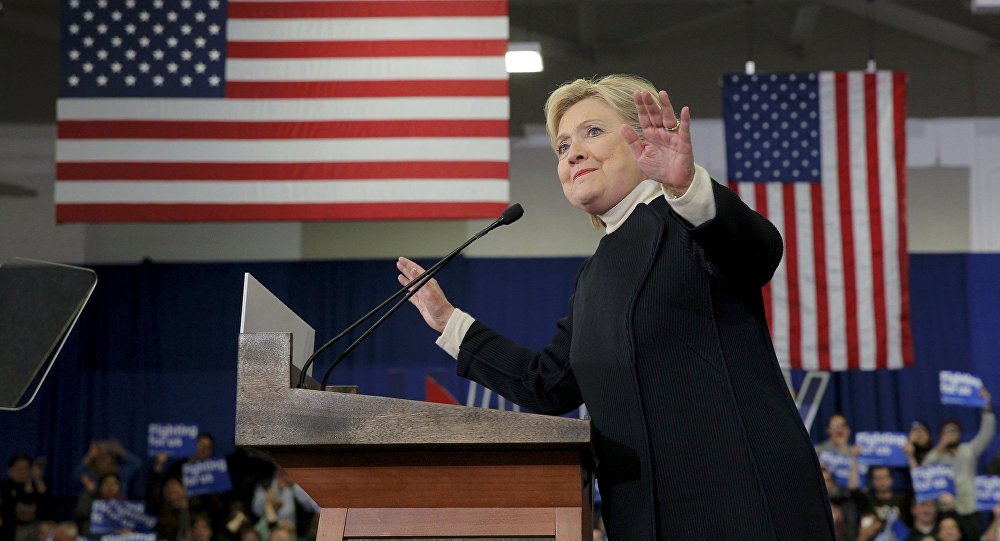 Decision on Clinton's Emails to Be Done by Independent Prosecutors, FBI

US Attorney General Loretta Lynch announced on Friday she intends to accept final determination from the Federal Bureau of Investigation (FBI) and career prosecutors on whether to bring charges against former US Secretary of State Hillary Clinton in the probe of her private server and email use for official business.

WASHINGTON (Sputnik) — Clinton has come under intense scrutiny for using a personal server and email account for official purposes during her tenure as secretary of state from 2009 to 2013. An investigation has found that Clinton shared more than 100 emails about highly classified US government programs and other sensitive information via her unsecured communications, contrary to established rules.

"The matter is being handled by career, agents and investigators with the Department of Justice. They’ve had it since the beginning. They are independent," Lynch stated. "That team will make findings… and then, as is the common process, they present it to me, and I fully expect to accept their recommendations."

"In terms of timing, I actually don’t know that because again, I don’t have that insight into, I’d say the nuts and bolts of the investigation," Lynch stated.

US Attorney General Loretta Lynch said on Friday her meeting with Bill Clinton in Phoenix earlier this week will not affect the Justice Department’s investigation into Hillary Clinton’s use of private email address.

"It’s important to make it clear that that meeting with President Clinton does not have a bearing on how this matter is going to be reviewed, resolved and accepted by me," Lynch said at the Aspen Ideas Festival.

However, Lynch added she regretted the meeting with the former US president because it "has cast a shadow" over the investigation.

© REUTERS / David Becker/Nancy Wiechec
Trump: US Government Not Interested in Recovering Clinton’s Missing Emails
According to the order, Clinton may be obliged to answer questions under oath.

The order came in the course of a lawsuit lodged by the watchdog group Judicial Watch, which is seeking records about the employment status of Huma Abedin, who reportedly had several other jobs while formally working at the State Department as Clinton's part-time aide. She was reportedly overpaid almost $10,000 for unused leave when she left the government.

Apart from Clinton, at least six current and former State Department employees will be required to answer questions from Judicial Watch.

Trump: US Government Not Interested in Recovering Clinton’s Missing Emails