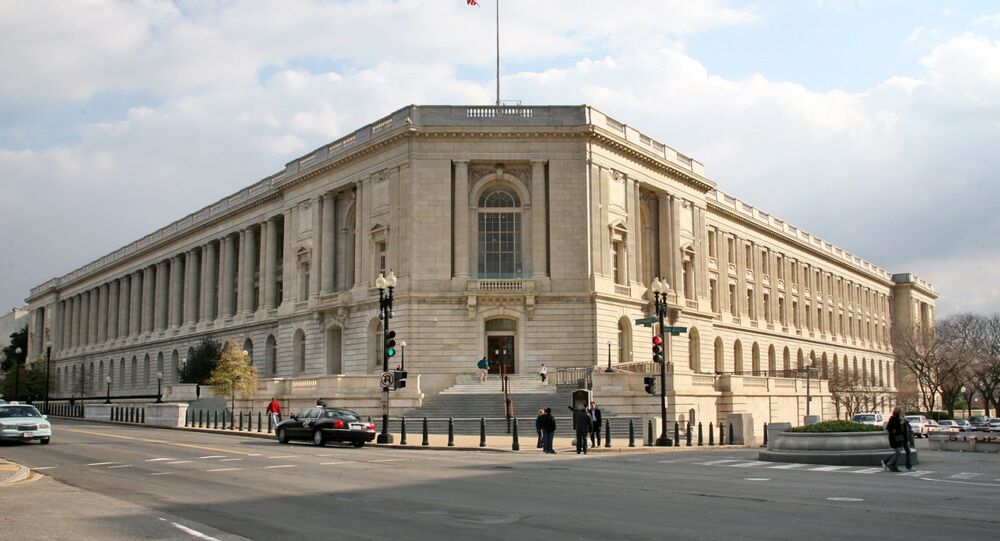 The tap water in a congressional office building has been found to be contaminated with levels of lead elevated above the US Environmental Protection Agency’s (EPA) action level.

© Flickr / Petras Gagilas
Flint and Beyond: Four Million Americans Have Dangerously High Lead Levels in Their Water
While there is no “safe” level of lead according to the Centers for Disease Control, the  EPA urges immediate action be taken when it reaches 15 parts of lead per billion.

On Tuesday, a letter was sent from the Architect of the Capitol warning of alarming lead levels in the Cannon House Office Building, which is one of the oldest congressional buildings in the District. Canon was built in 1908, long before the dangers of lead pipes was known.

“Although the cause of the increase remains under investigation, in an abundance of caution all drinking water sources and office-provided water filtration units in the building will be turned off beginning at 10 p.m. Tuesday, June 28, 2016,” the letter stated.

The far-spread problem of toxic drinking water has finally hit Congress close to home, after they appear to be lagging in their efforts to rectify the water crisis in Flint, Michigan.

The contamination of Flint’s water began in April 2014, when the city’s state-appointed emergency manager attempted to cut costs by shifting the drinking water supply from Detroit to the Flint River. Corrosive salts in the water damaged the system’s pipes, which contain lead, causing that material to be released into the water.

The state did not change the city’s drinking water source back from the polluted Flint River to the Detroit water system until October of the following year.

Lawsuits against the state and the governor allege violations of the Safe Drinking Water Act, a federal law which protects the public drinking water supply. Michigan Governor Rick Snyder blames the EPA, which in turn blames state officials, insisting they did not act quickly enough.