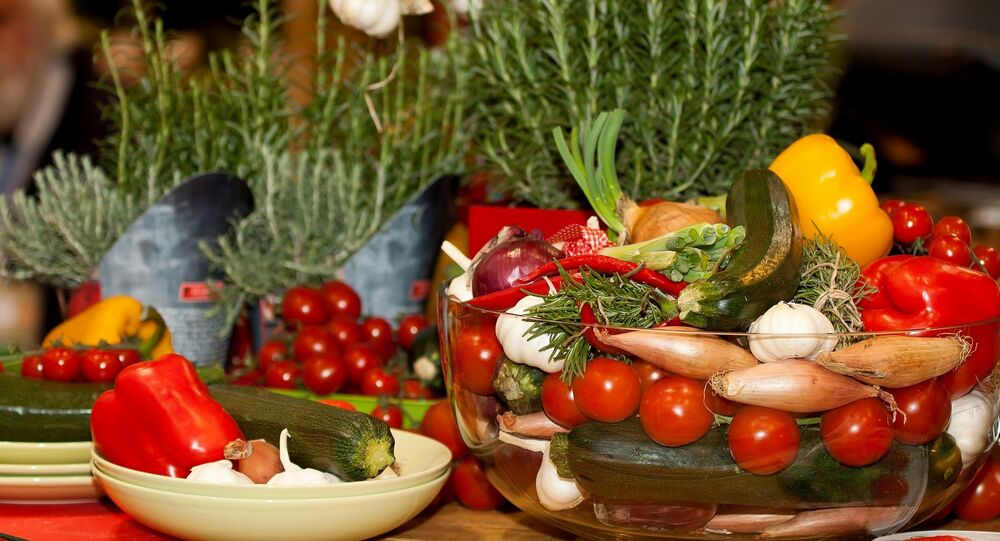 Previously unreported studies have been uncovered which suggest an unprecedented, but plausible, global food crisis that could last as long as a decade.

Facebook/Food for Mars and Moon
Out of This World Food? Crops Grown on 'Mars' Soil is Safe to Eat
The studies, titled “Food Chain Reaction: A Global Food Security Game,” were published last December by CNA Corporation, and uncovered this week by Nafeez Ahmed at Motherboard. They detail a simulated massive global food crisis lasting from 2020-2030.

CNA Corp’s Institute for Public Research’s main function is to provide research for the US Department of Homeland Security and the Federal Emergency Management Agency, Ahmed noted.

“‘Food Chain Reaction: A Global Food Security Game’ is an international simulation based in the near future during a global food crisis. In November 2015, 65 thought leaders and policymakers from several countries came together in Washington, D.C. to participate in the exercise. Teams of participants represented governments, institutions, and businesses and responded to a global food crisis caused by population growth, rapid urbanization, extreme weather, and political crises,” reads CNA Corporation’s report.

© AFP 2021 / FRED DUFOUR
Mecha-Farmhands: Robots May Save Japan From Starving
Experts who participated in the simulation included officials from the US State Department, the World Bank, and Cargill. The simulation involved a global food crisis brought on by “food price and supply swings amidst burgeoning population growth, rapid urbanization, severe weather events, and social unrest.”

The model they created begins in 2020 with a healthy economy. But as food prices climb due to climate change agricultural production is affected. The simulation shows the crisis getting worse as droughts and heatwaves strike around the globe.

The simulation ends with food prices dropping and the global economy beginning to regain stability through programs such as the United Nation’s World Food Programme.

“Stranger things have certainly happened,” Ahmed said. “This is not, though, the kind of thing one expects a crack team of handpicked food crisis planners to be hinging their hopes on.”

Russia Capable of Feeding Itself, No Longer Depends on Food Imports