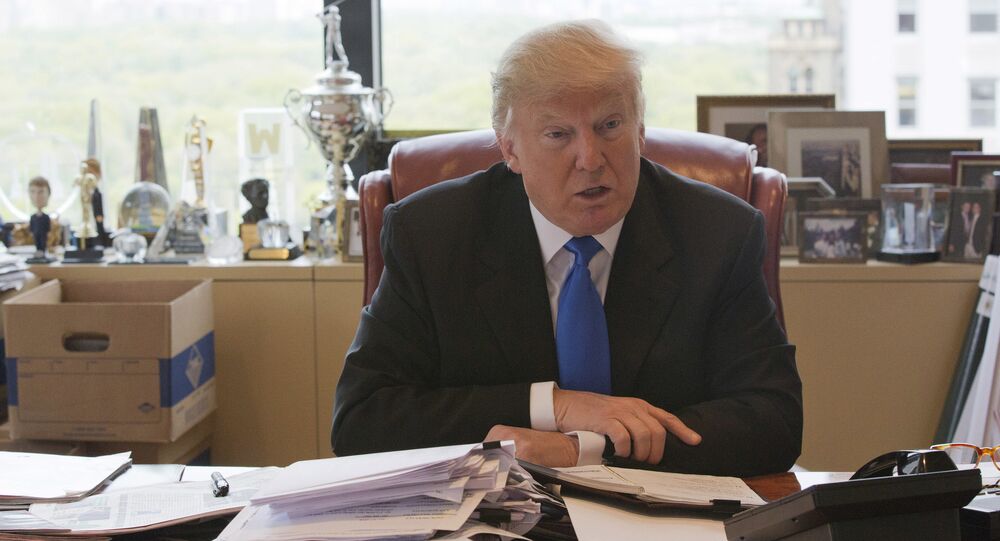 Russian hackers have allegedly had access to the US Democratic National Committee network for about a year, the Washington Post reported.

© REUTERS / Joe Skipper
Outside Support: 30% of Russians Believe Trump Victory Better for Russia
In addition, US officials have claimed that Russian hackers targeted computers of former US Secretary of State Hillary Clinton and businessman Trump, as well as networks of Republican political action committees, according to the report.

A former general counsel for the US National Security Agency, Robert Deitz, said in the article that the purpose of the intelligence gathering could be to understand the target’s inclinations.

Deitz argued that the information on Trump’s investments could give an idea on how he would deal with countries if elected US president.

"They [investments] may provide tips for understanding his style of negotiating. In short, this sort of intelligence could be used by Russia, for example, to indicate where it can get away with foreign adventurism," Deitz said as quoted by the Washington Post.

Security experts warned the DNC’s leaders of unusual activity in April, and expelled the intruders from the network over last weekend, according to the report. However, the hackers had access to communications of the Committee, including emails.