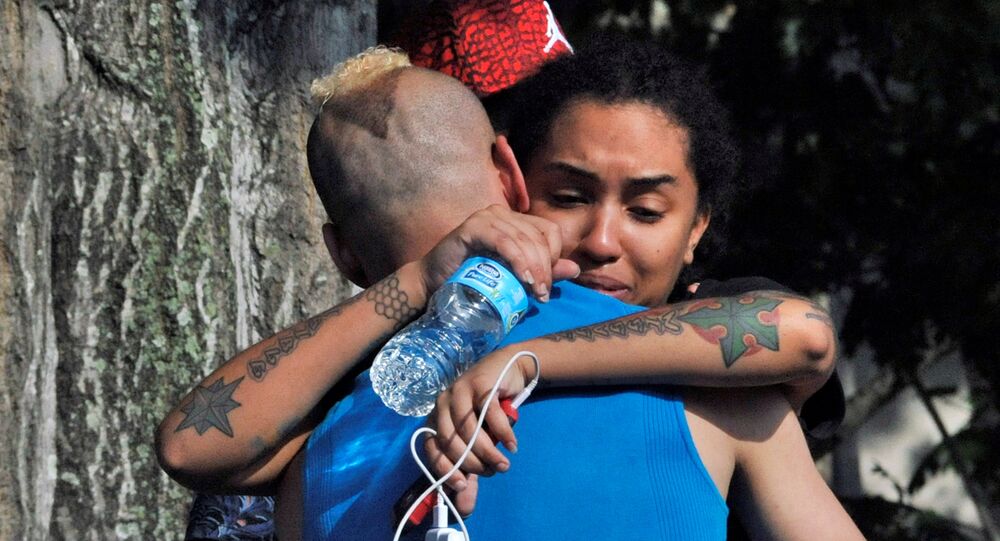 #PrayForOrlando: Social Media Reacts to Deadliest Shooting in US History

As news of the US’ bloodiest mass-shooting started spreading around the country, shocked mourners have taken to social media to express their condolences and horror.

The shooter's father said that the shooter was angry recently after seeing two men kiss. Homophobia is deadly. #PulseShooting

Sad and tragic day. Thoughts and prayers with loved ones of #PulseNightclub victims.

Woke up to hear the devastating news from FL. As we wait for more information, my thoughts are with those affected by this horrific act. —H

​While Trump called the Orlando shooting a demonstration of radical Islamic terrorism and called for toughness, smartness and vigilance.

Is President Obama going to finally mention the words radical Islamic terrorism? If he doesn't he should immediately resign in disgrace!

​"Horrific incident in FL. Praying for all the victims & their families. When will this stop? When will we get tough, smart & vigilant?… Appreciate the congrats for being right on radical Islamic terrorism, I don't want congrats, I want toughness & vigilance. We must be smart!" Trump said on his Twitter account.

Horrific incident in FL. Praying for all the victims & their families. When will this stop? When will we get tough, smart & vigilant?

​Many called for toughening of gun control in the country. The hashtag is  #GunControlNow.

How many more lives have to be taken away before you realize this is a real issue? #GunControlNow

Your prayers won't make your people suddenly bulletproof. What your people need is ACTION and #GunControlNow

I am gay and I am not afraid. Love conquers all. #PrayforOrlando

​He was eventually shot by a SWAT team after briefly taking some hostages.

Our hearts go out to all the families and loved ones of those lost in Orlando. #prayfororlando #loveisthecure pic.twitter.com/nyfzJiyPma

​The massacre has become the deadliest in recent US history.