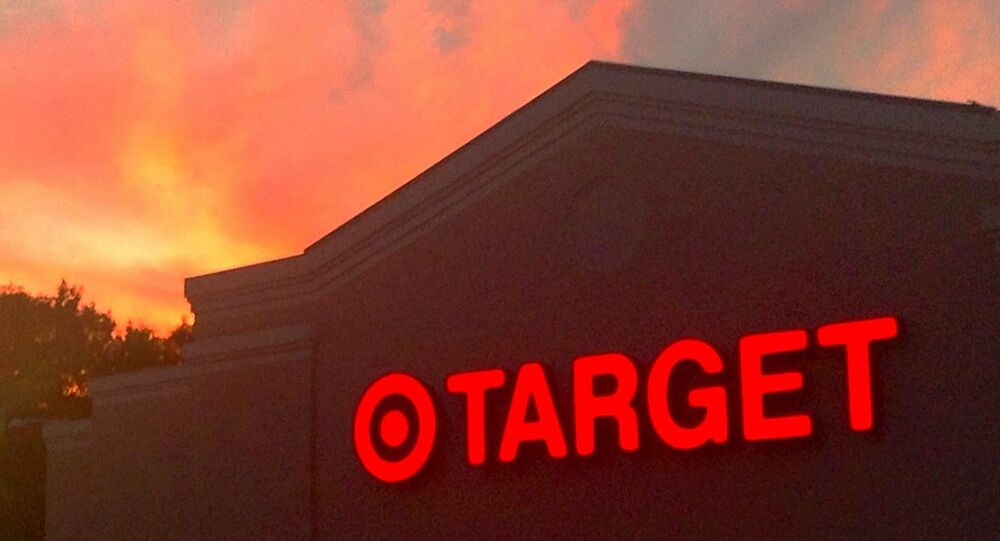 Small Explosion in Target Bathroom, Person of Interest in Custody

Amid an ongoing controversy over retail giant Target’s gender-inclusive bathrooms, a small bomb has been detonated in a women’s room of their Evanston, Illinois, store.

© REUTERS / Jane Flavell Collins
Tsarnaev Sentenced to Death for Boston Marathon Bombing
The bomb, contained in a plastic bottle, detonated on Wednesday afternoon shortly after 4PM, causing minor damage. The bottle did not contain nails or other shrapnel-causing items, such as that used in the Boston Marathon bombing.

The restroom was empty at the time, and no one was injured.

Target made waves after announcing that shoppers are free to use the bathroom in which they feel most comfortable, based on their gender identity, following North Carolina’s hotly-contested bathroom bill.

"Transgender team members and guests to use the restroom or fitting room facility that corresponds with their gender identity,” Target stated.

© AP Photo / Jacquelyn Martin
11 US States Sue Obama's Directive on Transgender Bathrooms
Following the company’s announcement, there have been claims that over 1,300,000 signatures were added to a petition by the Christian-fundamentalist American Family Association group, seeking a boycott of the popular stores.

There has not been a determination made whether the bomb was directly related to the bathroom backlash.

On Thursday, a 44-year-old woman was taken into custody, but no charges have yet been filed.

"The detectives are not currently looking for any known additional suspects, and (at) this point there is no indication that the incident is related to any policies that the Target store has in place," a statement issued by the police reads.