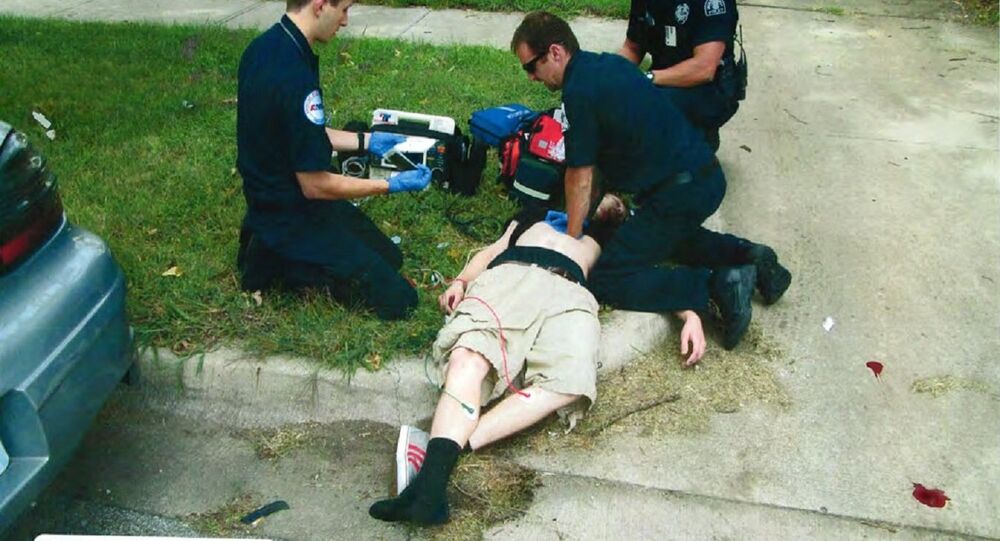 Horrific dashcam footage has been released of a Missouri teen being tased in the chest for 23 seconds -- causing him to go into cardiac arrest and die for eight minutes -- during a traffic stop.

© AP Photo / Joe Cavaretta
Video Released After 5 Years Shows Prisoner Tased to Death in Padded Cell
In September 2014, Bryce Masters, 17, the son of a Kansas City police officer, was placed in a medically-induced coma and suffered brain damage after a taser was used on him repeatedly in the chest, for four times the duration police are trained to use.

In the footage, whose release was ordered by a federal judge, Independence police officer Timothy Runnels, 32, is seen approaching the vehicle and telling Masters to exit. The teen repeatedly asks if he is under arrest, as he has not been given a reason for the officers aggressive behavior.

“You’re under arrest. Get your ass out of the car,” Runnels says as he attempts to yank Masters from the vehicle. The officer then is heard saying “f*ck it,” before pulls out his taser and using it on Masters, pulling the trigger again and again as the devices are set to only function for five seconds at a time.

The teen is seen getting out of the car and standing up, while still being tased. Runnels then handcuffs him, drags him behind the car, and slams his face into the pavement, all while the teen is going into cardiac arrest.

In another video filmed by eyewitness Michelle Baker, Runnels is seen standing with his foot on Masters’ back. Baker stated that it was obvious to her that the boy was going into convulsions as he laid there, but the officer did not stop his attacks.

© Flickr / Texas.713
No Charges for Cop Who Tased Unresponsive Native American Man 28 Times
“He turned him over and his head was dangling like this and he had blood coming out,” Baker told the Daily Mail.

Runnels then waited several minutes before calling for an ambulance, during which time he did not check on his victim. Cardiac arrest led to oxygen deprivation, which caused brain damage that is likely irreversible.

After Masters regained consciousness several days later in the intensive care unit of the hospital, he spat out fragments of his teeth. “At least three were sheared in half and several others badly chipped. His face was swollen, and they later found out that his jaw was likely dislocated, but popped back into place,” the Intercept reported.

Police claimed at the time that the car smelled of marijuana and that there was an arrest warrant connected to the license plate. It was later confirmed that there was no warrant on the vehicle, and that ‘probable cause’ had changed in the report, claiming only that the officer “observed the vehicle to have darkly tinted windows.”

Runnels was sentenced to four years in prison last week, though he had been facing up to ten. The damage to the victim’s brain will affect him for the rest of his life.