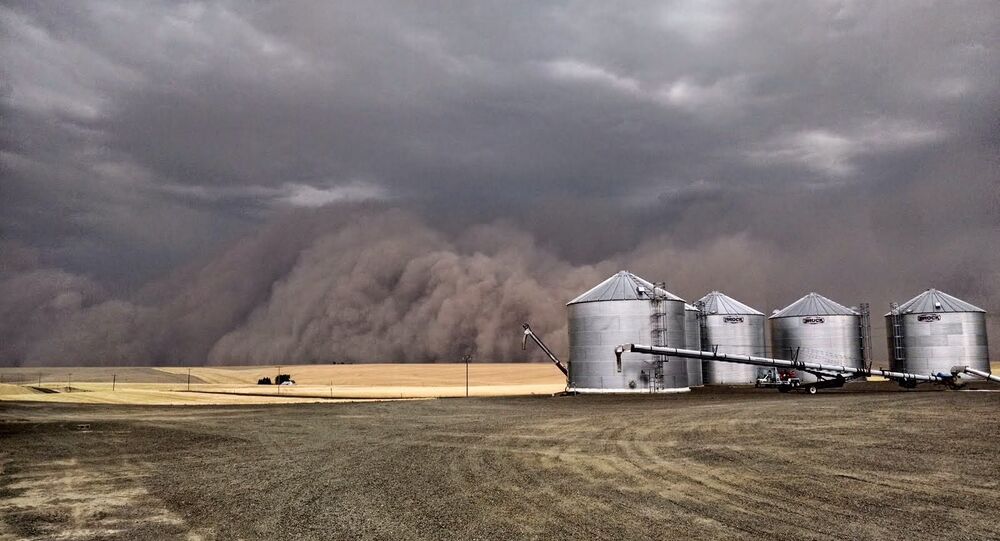 A Big Haboob Over Nothing: Texans Rage Over Arabic-Sounding Weather Event

It seems like more than just some wild weather has been sweeping through Texas recently, with some Texans kicking up a storm after the National Weather Service informed locals about a big wall of dust that was approaching the city of Lubbock.

"A Haboob is rapidly approaching the Lubbock airport and may affect the city as well," the NWS' Lubbock station wrote in a post on its Facebook page.

While trying to help out and inform locals of the incoming weather, it seems the use of the meteorological term, "haboob", which has Arabic roots, rubbed a few people the wrong way, with some taking to social media to criticize the NWS.

"In Texas, nimrod, this is called a sandstorm. We've had them for years! If you would like to move to the Middle East you can call this a haboob. While you reside here, call it a sandstorm. We Texans will appreciate you," Facebook user Brenda Daffern wrote.

The anger at the Arabic sounding word even led disgruntled Facebook user John Fullbright to announce he would boycott the NWS in a since deleted post.

"Haboob!?! I'm a Texan. Not a foreigner from Iraq or Afghanistan. They might have haboobs but around here in the Panhandle of TEXAS, we have Dust Storms. So would you mind stating it that way. I'll find another weather service."

While there was some criticism of the use of the term "haboob," many other Facebook users were quick to shut down the angry punters.

"I guess we'll have to find a new word for cotton, because that's from Arabic, too. Oh, and Algebra. Let's not forget alcohol. Shall I keep going?" Aaron Waldo wrote.

Facebook user David Worthington even pointed out the irony of those offended by the use of a foreign-sounding word.

"The word 'Texas' [is] Spanish. So could you find another place to live too?"

As the Facebook storm raged on, meteorologists from across the US were quick to point out that the NWS was correct to use the term "haboob," as it does differ to a normal sandstorm.

"The differentiation between a haboob and just those days when we get blowing dust everywhere and the whole sky turns brown has to do with more of that wall of dust coming in," NWS meteorologist Jody James told Lubbock's KCBD-TV.

While haboobs and dust storms may be similar, they ultimately are different weather events.

Dust storm down under