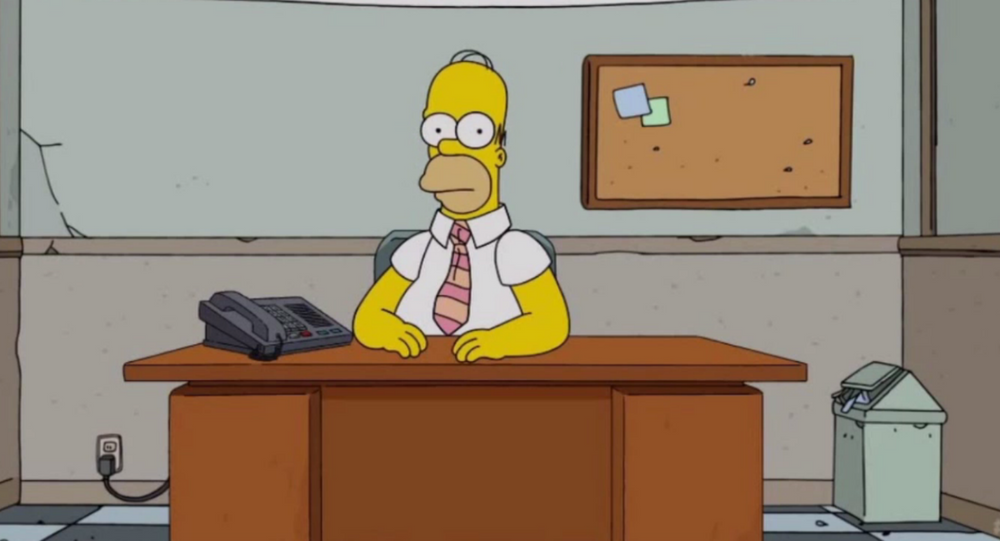 Having been on the air for over 26 years, Homer Simpson has been through a lot of elections.

One of the longest-running shows in television history, The Simpsons has a number of achievements under its belt. On Sunday, it added a seemingly impossible first for any animated series: a live show.

Airing a West Coast version and an East Coast version, the show featured pre-animated background material for a live call-in session conducted by Dan Castellaneta, the voice of Homer Simpson.

During this Q&A, the West Coast version of the episode also included another milestone: Homer’s endorsement of a US presidential candidate for the 2016 election…sort of.

When asked whether he would leave Springfield for Canada if billionaire Donald Trump is elected, Homer responded with "Well, there are a lot of people who want me to move out of Springfield already. But I don’t think Canada will welcome me."

"But you know what?" he added. "That’s why I’m for Bernie Sanders. I love his chicken. But out of respect we should refer to him as The Colonel."

Vermont Senator Bernie Sanders is, of course, no colonel. Homer has obviously confused the Democratic hopeful with the mustachioed Kentuckian spokesman for KFC. Confronted with this fact, it’s impossible to say whether Homer would still support Sanders.

The Simpsons, is of course, no stranger to politics. Over the years, the series has made a name for itself by producing some of the most adept satire in the business, and the show has already found itself in the center of the 2016 election in surprising ways.

After Trump announced his candidacy, fans were quick to point out that The Simpsons predicted a Trump presidency during a 2000 episode.

"As you know, we’ve inherited quite a budget crunch from President Trump," a grownup Millhouse tells President Lisa Simpson in an episode that imagines Bart’s – and America’s – future.

"What we need was for Lisa to have problems that were beyond her fixing," series writer Dan Greaney recently told The Hollywood Reporter, "that everything went as bad as it possibly could, and that’s why we had Trump be president before her."

The show was also referenced by former Republican hopeful and pop-culture whiz Ted Cruz early in his campaign. In an effort to present himself as a likeable everyman, Cruz, further assuring The Simpson’s place as a cultural icon of the West, starred in his own video performing impressions of Simpson’s characters.

You can’t make this stuff up.