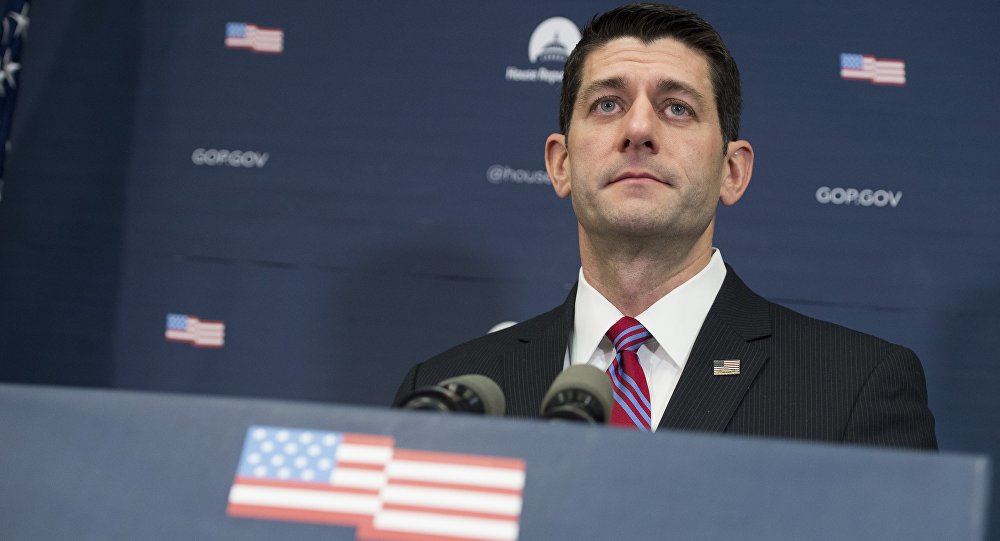 US House of Representatives Speaker Paul Ryan reiterated to reporters on Wednesday the need to unify the Republican Party behind its presumptive presidential nominee Donald Trump.

WASHINGTON (Sputnik) — On Thursday, Ryan and other top Republican lawmakers are meeting with Trump.

"This is a big tent. There is plenty of room for different policy disputes in this part. We come from different wings of the party. The goal here is to unify the various wings of the party around common principles so we can go forward unified," Ryan said.

Trump camp Tana Goertz says they'd like Paul Ryan's support but they "don't need it" to win in November.

​Ryan stated last week he was not endorsing Trump for the Republican Party’s nomination, saying he felt Trump needed to show efforts in unifying the party.

Trump’s formal nomination is expected to take place at the Republican National Convention in Cleveland, Ohio in July.