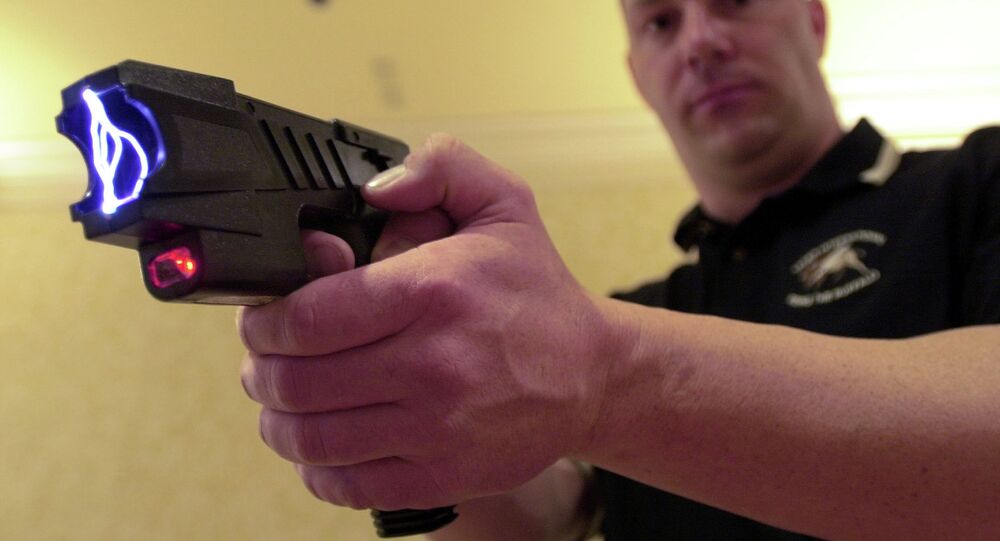 A video released after five years of secrecy by Harnett County, North Carolina, shows a prison inmate being tased to death. The inmate’s family was forbidden to speak about the events.

The video is comprised of edited surveillance camera footage, showing a cell containing Brandon Bethea, an inmate at Harnett County Detention Center. At the time, Bethea had a record of prison time for drug use, as well as fighting and violating his probation. Besides those charges, Bethea was a diagnosed mentally unstable man, and known for speaking caustically.

© Photo : Pixabay
Man Released from US Prison After 41 Years of Unconstitutional Sentence

At the time of his death he had been charged with a particularly vile set of allegations. A man who said he used drugs with Bethea called emergency services and said that Brandon had raped him, while threatening him with a firearm. Combined, those charges could put Bethea in prison for nearly a decade. Bethea's lawyer insisted that his client was framed, and was innocent.

On March 15, 2011, several guards entered Bethea's cell. One officer, John Clark, held an ‘electronic control device' (revealed in court documents to have been a Taser X26). When the guards entered, Clark pointed the device at the motionless inmate's chest and pulled the trigger. Two more shots came after Bethea backed away and fell on the floor. Guards then removed his handcuffs and foot shackles, turned him on his back and left.

After twenty minutes doctors arrived at the cell, and found the inmate dead. Notably, Officer Clark was sent to a hospital. That incident would later be described by Detective Toler as Clark requiring medical attention for injuries sustained during an "altercation" with Bethea. Clark was added to the list of victims on the incident report.

According to the reports, Bethea sustained a total of 13 seconds of electric shock. Taser manuals strongly discourage shooting targets in the chest, due to the risk of heart attack and other damage. Bethea was subjected to the prohibited treatment three times in a row.

Though a state medical examiner ruled Bethea's death a homicide, no one was held responsible, and Clark continued to work at the detention center. When reporters asked then-sheriff of Harnett County, Larry Collins, about Clark, he called him "experienced and competent."

Both Collins, who resigned two years prior the end of his term, and new sheriff Wayne Coats, later refused to discuss the events that transpired at the detention center at the time of Bethea's death.

Bethea's family subsequently filed a lawsuit against the county. The case, put under a Federal court-ordered seal of non-disclosure, was settled after nine months. The camera footage, revealing a sharp contrast to the sworn testimony of the prison guards, was sealed for five years and only now has been released.

Bethea's family was forbidden to speak about the events. They signed an agreement stating that they would never give any information that would "defame, disparage or in any way criticize the personal or professional reputation, practices or conduct of Releasees, or any of them." The agreement gave further instructions: If anyone, including the media, ever asked about Bethea's death, the family was to offer a simple and vague response:

"The matter has been resolved."