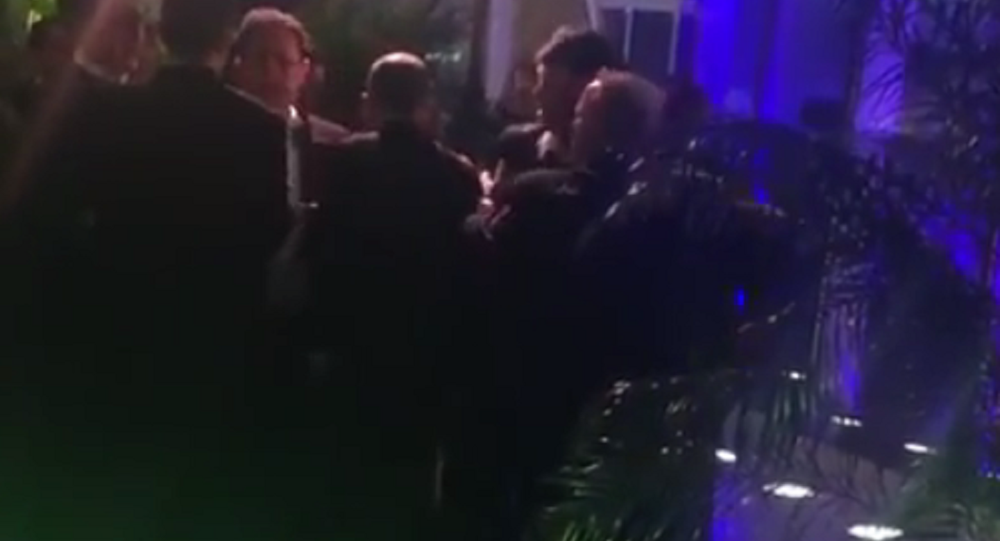 Following the White House Correspondents Dinner on Saturday evening, a brawl broke out between Fox News and Huffington Post reporters at the MSNBC after-show party, ironically held at the US Institute of Peace.

The star-studded event was made more interesting when, at around 1:30 AM, Huffington Post Washington bureau chief Ryan Grim approached Fox News correspondent Jesse Watters and began filming him, mimicking the latter’s style of ambush interviews.

© REUTERS / Yuri Gripas
Obama Jokes About Clinton Presidency in Last White House Correspondents’ Dinner Speech
Grim, who was clearly intoxicated, was demanding an apology from an incident six years ago when Watters confronted Amanda Terkel, who now writes for the Huffington Post but was at Think Progress at the time.

Terkel claimed at the time that she had been stalked by Watters, who followed her for at least two hours before confronting her on camera and demanding that she recant statements she had made about Bill O’Reilly.

After being confronted at the party, Watters snatched the phone out of Grim’s hands, and punches were thrown as Grim attempted to take it back.

The duo grappled and threw punches as they tumbled into a couch and knocked over a table. The blows continued for several minutes, until the two were pulled apart by guests including RNC executive director Sean Spicer.

"Jesse should retire from the ambush business if he can't deal with it on the other end," an unapologetic Grim told The Hollywood Reporter regarding the incident.

Watters has not publicly commented on the incident, but is reportedly set to address it on Monday evening’s episode of the O’Reilly Factor.