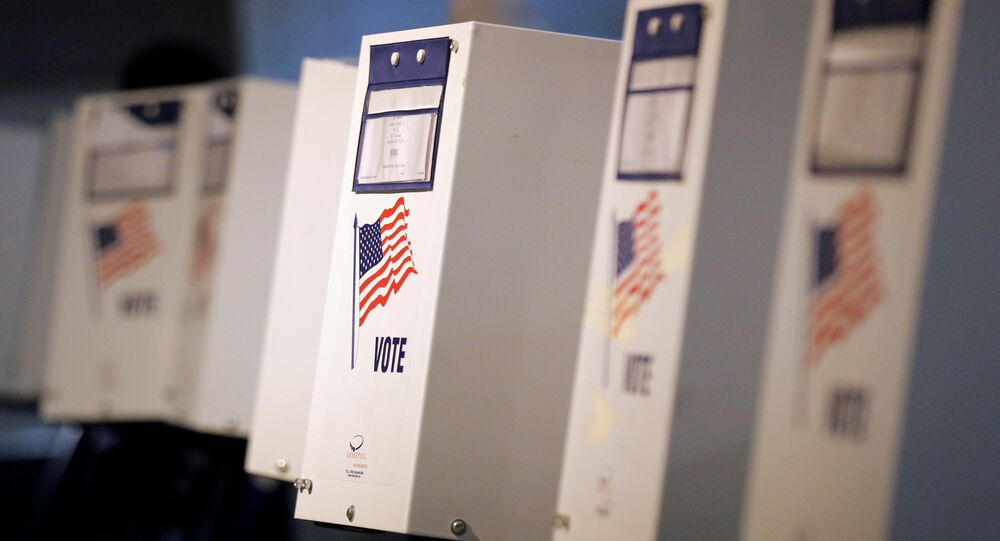 "People are pretty much sick and tired of the status quo and they want something completely different," political activist Kazembe Balagun tells Loud & Clear. "The fact of the matter is that neither of the establishment candidates, Trump or Clinton, offer any real solutions…"

While Vermont Senator Bernie Sanders provides some with hope for change, New York’s needlessly complicated voting rules may have contributed to his loss. The laws requires that independent and unaffiliated voters register with the Democratic Party at least 193 days before the election in order to participate in the primary, well before many voters even learned of the Sanders campaign.

"…[This] shows that the Democrats and Republicans are locking out people who would have migrated in from another party…" says Gloria La Riva of the Party for Socialism and Liberation. "It’s estimated that nearly 3 million people were not able to vote in the primary as a result."

"The Democrats and Republicans, the whole system is completely corrupt [with] what they do with independents and people who are registered to the party," says Stewart Alexander of the Socialist Party USA.

"The whole system is completely fixed to yield the results that they want to have when it comes to electing their candidates."

While the Democratic Party may be undergoing a transformation, it’s nothing compared to the Republican side.

"We have to see the last 10 years as creating the groundwork for someone like Trump, and [Texas Senator] Ted Cruz, as well," La Riva says. "They’re both xenophobic, utter racists, anti-Muslim, advocating war, advocating US dominance in the Middle East…[and] simply continuing, in a more open, blatant way, what US government politics has been."

For Alexander, Trump’s ascendency may be intentional.

"The Republican Party is in complete disarray in regards to this campaign," he says. "But I think it’s by design. I think ultimately what they’re looking at is to have a Hillary presidency.

"[Trump] has created a division within that party, and I don’t see how a party that will be divided will be able to go up against the machinery that Hillary Clinton has in place this far into the election."

The billionaire’s appeal also points to the existence of what could be described as the fascist underbelly of the United States.

"I think it certainly does constitute a neo-fascist movement in the United States," Balagun says.

The foreign policy of both the leading candidates may not even be that different.

"Clinton has already proven her history and role as a war criminal and a super warmonger with Libya, Syria, and…supporting the Iraq War," La Riva says.

"When I look at both candidates, they seem to be following the same path. A path of corruption and destruction…"

One of the only solutions may be an active radicalization from the left, to pull American politics back from the brink.

"We’re in a very unique situation where there’s going to be a lot of different flashpoints, and I think that’s going to be a requirement for us on the socialist left to be able to be responsive to these flashpoints and really allow them to develop and grow.