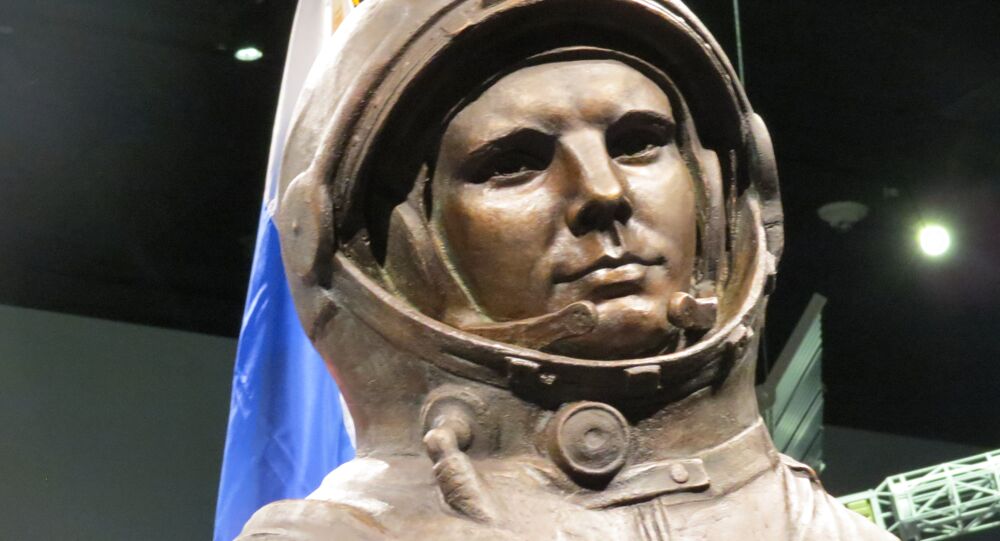 Fifty-five years ago, Yuri Gagarin became the first man in space on April 12, 1961, when the Vostok spacecraft completed an orbit of the Earth. Now, the Smithsonian Air and Space Museum in Washington, DC is honoring him with a bust.

April 12 has long been celebrated as Cosmonautics Day in Russia in Gagarin’s honor, and the UN General Assembly declared the day International Day of Human Space Flight in 2011 — which extends across 60 countries.

In 1961, Gagarin launched into space on the Vostok 1 spacecraft and spent 108 minutes orbiting around the earth before landing back in Soviet Russia.

Gagarin quickly became an international hero who wanted to continue his work as a pilot and cosmonaut, but his life was tragically cut short in 1968 in a plane crash.

On Tuesday, April 12, Gagarin was celebrated in DC during the annual “Yuri’s Night,” as scientists and NASA-ites gathered on the rooftop of DC9 to celebrate his achievement.

The following week, a permanent bust honoring the cosmonaut was unveiled at the Smithsonian National Air and Space Museum, and dedicated by a joint effort on behalf of the Embassy of the Russian Federation, the Rossotrudnichestvo Russian Cultural Center in Washington, DC and the "Dialogue of Cultures — United World" International Charitable Fund.

"We are very proud to be able to present it to the museum. We know that it will find an excellent place in the collection," Kislyak stated.

He noted that it is very important, especially for the younger generations in Russia and the United States, to remember how much the two countries can achieve together.

"Space cooperation in this respect is one of the most visible example of successful cooperation," Kislyak added.