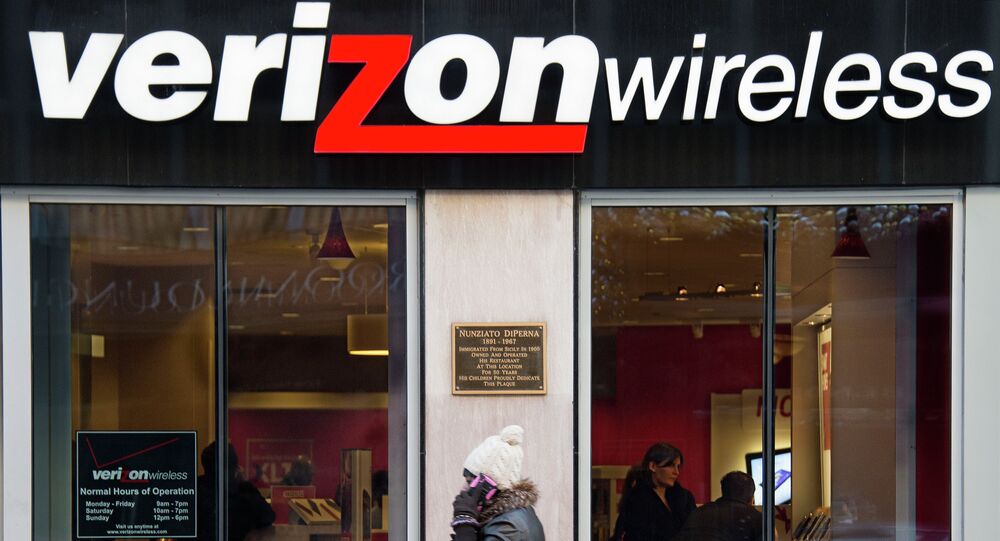 Nearly 40,000 US telecommunication giant Verizon workers walked off their jobs early Wednesday after failing to reach "a fair contract agreement" with the company during 10 months of negotiations.

MOSCOW (Sputnik) – Verizon cable and landline workers across seven mostly northeastern states warned Monday they would stage a walk-out at 10:00 GMT if an agreement was not reached for their contracts that expired on August 1, 2015.

"Through our hard work, Verizon is making record profits while our families are left with threats to our jobs and our customers aren't getting the service they need," the Communications Workers of America (CWA) and the International Brotherhood of Electrical Workers (IBEW) unions said in Tuesday's press release.

The 39,000 Verizon workers decried "corporate greed" as CEO Lowell McAdam was said to earn 200 times more than the average employee, while five of its top executives made $233 million in the last 5 years.

© AFP 2020 / SAUL LOEB
Verizon Pays $3.4Mln in Settlement Over 911 Outage Investigation
"It’s regrettable that union leaders have called a strike, a move that hurts all of our employees," Verizon said in a statement, adding that it has activated its "business continuity" plan of non-union employees to cover for striking workers.

The company disputed workers’ claims that all paths toward negotiating a contract had been exhausted, citing unions’ failure to agree to talks through the Federal Mediation and Conciliation Service (FMCS).