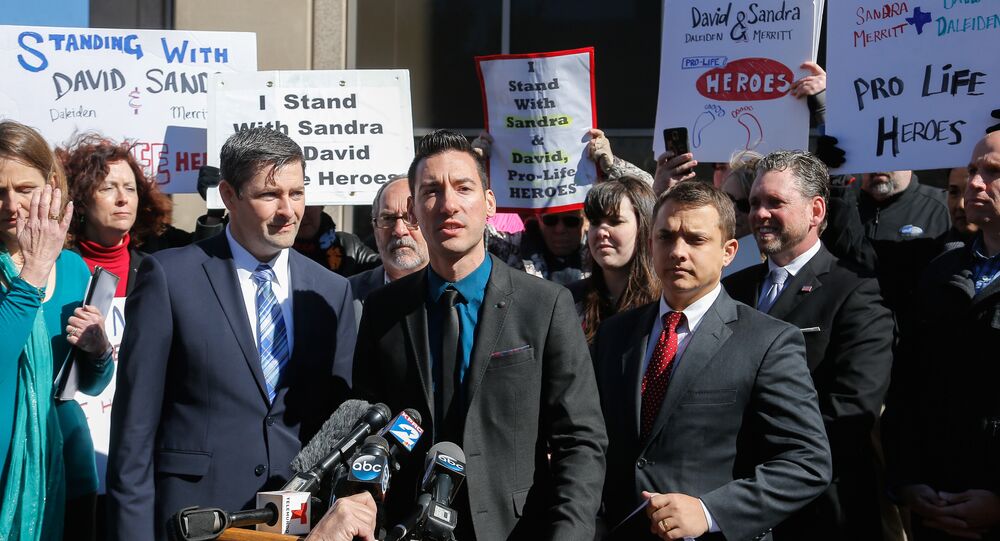 The founder of an anti-abortion group who posted controversial, and now discredited, videos online in an attempt to attack Planned Parenthood, claims that his house was raided by the California Department of Justice and all footage was seized.

David Daleiden, of the so-called Center for Medical Progress, took to Facebook on Tuesday to post his claims online.

“Today, the California Attorney General's office of Kamala Harris, who was elected with tens of thousands of dollars from taxpayer-funded Planned Parenthood, seized all video footage showing Planned Parenthood's criminal trade in aborted baby parts, in addition to my personal information,” said the post.

Daleiden told the Washington Post that authorities seized a laptop, multiple hard drives, and "some very damning footage that has yet to be released.”

His group has claimed that Planned Parenthood illegally sells fetal tissue, though their claims have been debunked. The image of what was portrayed to be an aborted fetus was actually a stillborn baby, and those images were used illegally, without the parent’s consent.

Daleiden is one of two people from the anti-abortion group who have been indicted in Texas for allegedly tampering with government records and in an ironic twist, attempting to purchase human organs.