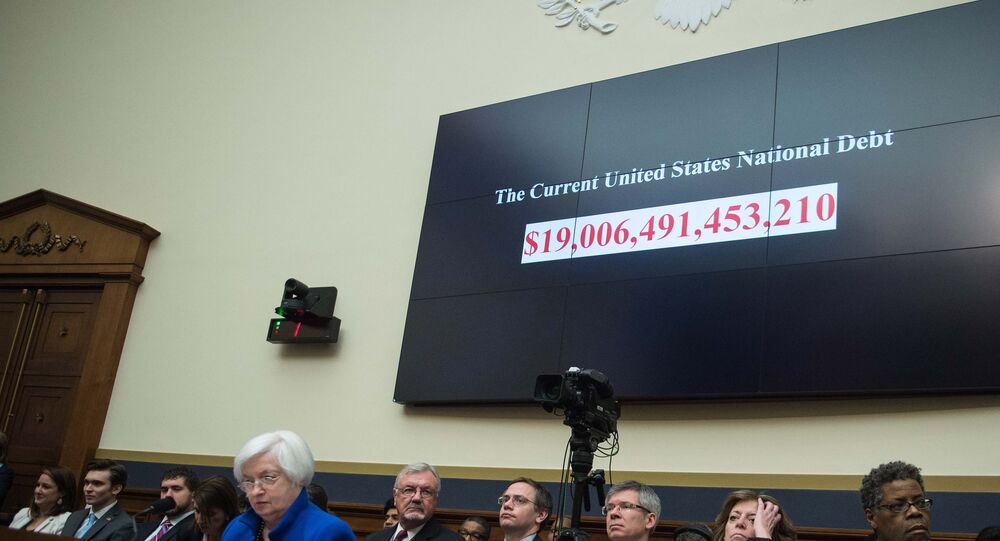 Presidential hopeful Donald Trump promised to get rid of the country's $19 trillion national debt and warned US citizens against investing in the stock market now.

MOSCOW (Sputnik) — US Republican presidential candidate Donald Trump believes a situation, in which prices for securities, especially stocks, rise far above their actual value, is a financial or economic bubble which has developed in the US economy, putting the country at risk of slipping into "a massive recession."

"I think we’re sitting on an economic bubble. A financial bubble," Trump told The Washington Post in an interview.

© REUTERS / Rhona Wise
Trump Changes His Mind to Support Eventual Republican in Presidential Race
He, however, specified that this phenomenon concerned not a certain sector of economy, but the economy at large.

Trump asserted that he would be able to get rid of the country’s more than $19 trillion national debt "over a period of eight years" by a renegotiation of trade deals.

He also warned US citizens against investing in the stock market right now.