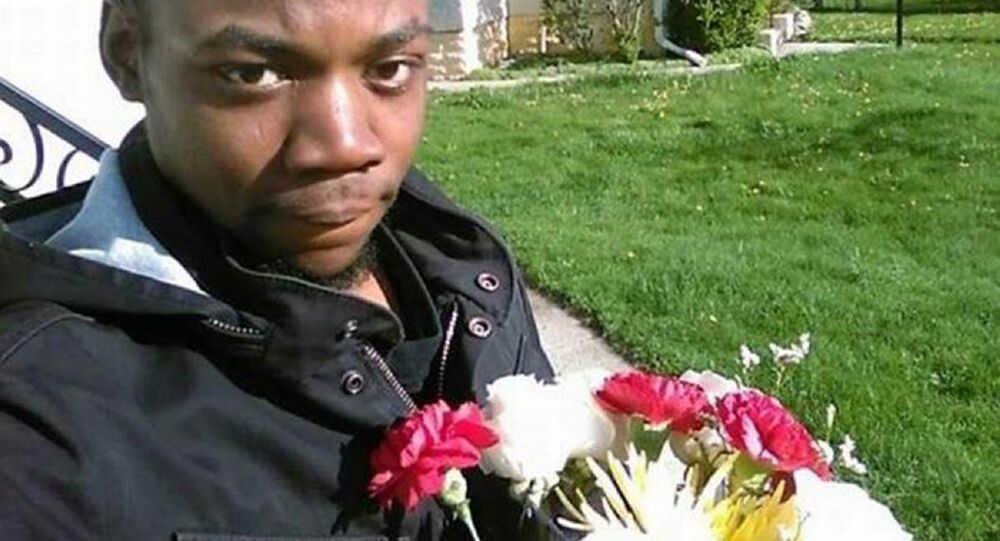 Prosecutors announced they would not press charges against two police officers involved in the shooting death of the 24-year-old unarmed African-American last year.

© AP Photo / Lynne Sladky
#BlackLivesMatter Protesters Disrupting Minneapolis Football Game
Clark was shot by the police on November 15, 2015, and died at Hennepin County Medical Center the following evening. Witnesses maintain that he was handcuffed when he was shot in the head above his left eye, but prosecutors determined that evidence proves Clark was not handcuffed and that he reached for an officer's gun prior to the shooting.

“He was handcuffed. He wasn’t struggling,” said Lisa Hoskins, who witnessed the shooting from the balcony of her apartment, directly across the road. “They told him to back up off the car, then they rushed him, put him in handcuffs,” she said. “That’s when you heard the ‘boom.’”

Hennepin County Attorney Mike Freeman stated during a news conference that Clark was struggling with the officers and at one point had his hand on one of their guns. The lawyer claimed that had Clark not been shot, he would have seized control of the weapon.

Freeman stated that the officers involved, Mark Ringgenberg and Dustin Schwarze, both white, were afraid of Clark.

"Each stated their independent fear of being shot," Freeman said. "Accordingly, the head of the county attorney's office has concluded criminal charges are not warranted."

Police were responding to a call that Clark had assaulted his girlfriend, and he was shot after he allegedly interfered with paramedics attempting to treat her.

© REUTERS / Craig Lassig
Arrests Made in Shooting of #BlackLivesMatter Protesters in Minneapolis
The incident was not captured on video, as officers in the city do not wear body cameras and police car dash-cams are only activated when the sirens are on, which they were not at the time of the incident.

Officer Schwarze previously worked with the police department of the Minneapolis suburb of Richfield, where in 2011, a federal complaint was filed against him over a “malicious campaign of threats, harassments, random searches and arrests” that occurred during 2009.

The man who filed that complaint, Billy McCoy, alleged that the officer had “falsified police reports, and conspired with a private citizen in a continuous and unbroken sequence of unlawful searches, intimidation and phone threats” to force him to become a police informant, the Guardian reported. The complaint was settled out of court, and details of the case were sealed.

Minneapolis Police Ready to Use Chemicals on ‘Aggressive’ Protesters Again