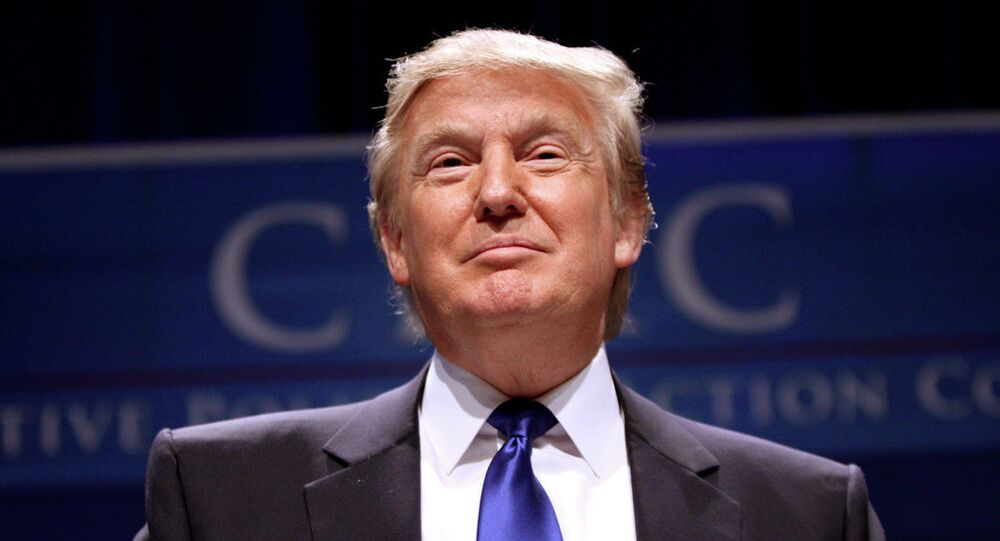 Last week, Donald Trump expanded on his views on foreign policy, including America's role in NATO, suggesting that it's time for the US to adapt the alliance to focus on terrorism, and renegotiate defense deals with its allies. For his part, veteran commentator Pat Buchanan says Trump's position has another advantage: preventing a nuclear war.

On Friday, The New York Times conducted an extensive, 100-minute interview with Republican frontrunner Donald Trump, getting him to explain his views on foreign policy, from the use of American troops abroad to US engagement in the Middle East, to the drama in the Korean peninsula and on the South China Sea.

But the policy position which garnered the most talk, and the most criticism from domestic pundits, was his position on NATO, and his views on Washington's military commitments abroad in general.

In the interview, Trump emphasized that he believed that NATO was 'obsolete', because it was "formed many decades ago [when] we were a different country," and "there was a different threat," in the form of the Soviet Union, which no longer exists.

© AP Photo / Richard Drew
Trump Calls for NATO Replacement, Shift Focus to Anti-Terrorism
"The point is the world is a much different place right now," Trump noted, adding that in his mind, the biggest threat to the world today, and one which NATO has been unsuccessful in combating, is terrorism.

The defense bloc, he suggested, "has to be changed" to include counterterrorism, and "from the standpoint of cost, because the United States bears far too much of the cost of NATO." The US, Trump said, can no longer afford to be "ripped off" paying for the security of its allies in Europe, the Middle East, and Asia.

Trump's exposition on foreign policy has led to criticisms from all the usual suspects, from the neocons to the liberal interventionists. NYT columnist Roger Cohen offered one of the most strongly worded critiques, worryingly suggesting that a Trump presidency would mean the end of Pax Americana and the ushering in of a 'New World Disorder'.

In an op-ed piece written with apocalyptic overtones, Cohen suggested that Trump's outlook is exactly what power-hungry Russia and China want, i.e. to challenge the global peace and stability supposedly guaranteed by the United States since the post-WWII era.

"…His version of 'America First' – which interestingly converges with the view of many on the left who are convinced that the United States should stop policing the world – looks like a recipe for cataclysm," the columnist suggested.

© AFP 2020 / FILES DAVID FURST
Most Americans Think US Should Stop Building Democracy in Islamic World
But not everyone is pessimistic. In an op-ed which has since gained widespread circulation in alternative media, paleo-conservative commentator Pat Buchanan proposed that far from being dangerous, Trump's nascent 'America First' doctrine may just be the key to keeping America and the world safe in the 21st century.

"Beltway media may be transfixed with Twitter wars over wives and alleged infidelities. But the ideas Trump aired should ignite a national debate over US overseas commitments – especially NATO," Buchanan suggests.

Making a foray into the post-WWII history of US foreign policy, the commentator remembered NATO's first supreme commander, General Dwight D. Eisenhower, who "said in February 1951 of the alliance: 'if in 10 years, all American troops stationed in Europe for national defense purposes have not been returned to the United States, then this whole project will have failed.'"

© REUTERS / Rhona Wise
Trump Wants US to ‘Renegotiate’ Relationship With NATO
"As JFK biographer Richard Reeves relates, President Eisenhower, a decade later, admonished the president-elect on NATO. 'Eisenhower told his successor it was time to start bringing the troops home from Europe. 'America is carrying far more than her share of free world defense,' he said. It was time for other nations of NATO to take on more of the costs of their own defense.'"

"Time for a populous, prosperous Europe to start defending itself," the logic went. "Instead, Bill Clinton and George W. Bush began handing out NATO memberships, i.e., war guarantees, to all ex-Warsaw Pact nations and even Baltic republics that had been part of the Soviet Union."

© Sputnik / Alexander Vilf
The Road to US National Security 'Still Runs Through Moscow'
In the 25+ years since the end of the Cold War, Buchanan notes, "the US [has] moved its 'red line' for war with Russia from the Elbe River in Germany to the Estonian-Russian border, a few miles from St. Petersburg."

The significance of this "historical provocation" is difficult to measure, the commentator suggests. "No Cold War president ever considered issuing a war guarantee of this magnitude, putting our homeland at risk of nuclear war, to defend Latvia and Estonia."

"Yet here was George W. Bush declaring that any Russian move against Latvia or Estonia meant war with the United States. John McCain wanted to extend US war guarantees to Georgia and Ukraine. This was madness born of hubris."

"And among those who warned against moving NATO onto Russia's front porch was America's greatest geo-strategist, the author of containment, George Kennan [who wrote]: 'expanding NATO would be the most fateful error of American policy in the post-Cold War era. Such a decision may be expected to impel Russian foreign policy in directions decidedly not to our liking."

© AFP 2020 / Michael B. Thomas
Trump Sick & Tired of US 'Leading Potential Third World War Against Russia'
"Kennan," Buchanan notes, "was proven right. By refusing to treat Russia as we treated other nations that repudiated Leninism, we created the Russia we feared, a rearming nation bristling with resentment. The Russian people, having extended a hand in friendship and seen it slapped away, cheered the ouster of the accommodating Boris Yeltsin," and the rise of Vladimir Putin, "who would make Russia respected again."

Ultimately, Buchanan notes, the national debate which Trump has reignited over foreign policy should focus not on the cost of the US's NATO commitments, but on "the risks we are taking," which are of a kind "no Cold War president ever dared to take."

"Why should America fight Russia over who rules in the Baltic States or Romania and Bulgaria? When did the sovereignty of these nations become so vital we would risk a military clash with Moscow that could escalate into nuclear war?"

More broadly, Buchanan asks, "why are we still committed to fight for scores of nations on five continents?"

"Trump," Buchanan notes, "is challenging the mindset of a foreign policy elite whose thinking is frozen in a world that disappeared around 1991. He is suggesting a new foreign policy where the United States is committed to war only when we are attacked or US vital interests are imperiled. And when we agree to defend other nations, they will bear a full share of the cost of their own defense. The era of the free rider is over."

© AP Photo / Mindaugas Kulbis
Obsolete Alliance: Why It is Time for US to Withdraw From NATO
"Trump's phrase, 'America First!' has a nice ring to it," the commentator concludes.