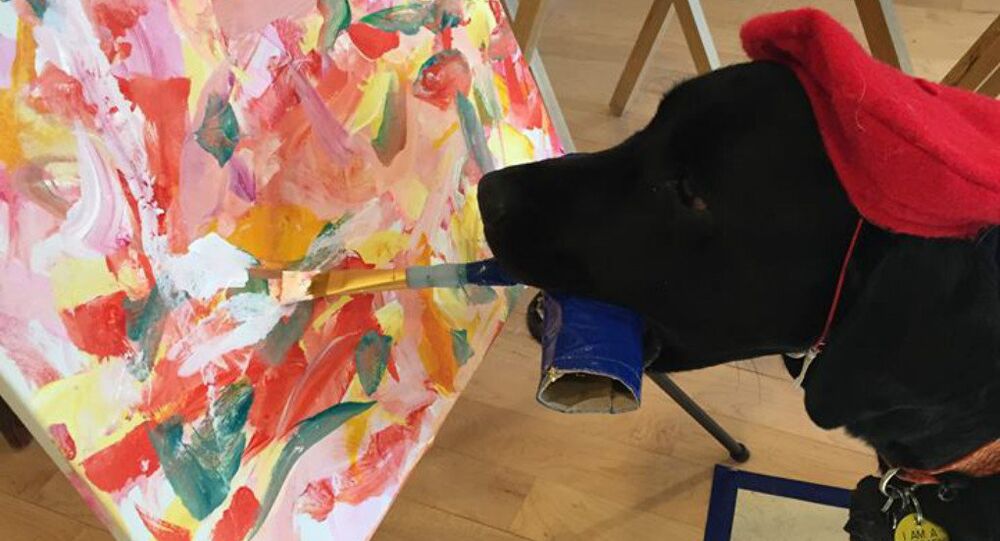 Dextrous 'DogVinci': A Pooch With a Penchant for Painting

A talented dog from New York, nicknamed DogVinci, has made waves in the art world thanks to his exceptional painting ability.

Dagger II, also known as DogVinci, is part Black Labrador and part Golden Retriever; he wears a signature red beret and scarf when he is hard at work on his paintings.

Dagger was trained to work as a service dog for people with disabilities, but was disqualified because of his fear of going up and down stairs, local news reported.

However, his artistic talent was discovered by his owner, fine artist Yvonne Dagger, and he has since found his niche in the art world.

​"He always lays down next to me. But one day he was nudging me and I asked if he wanted to paint and his tail started wagging!" Yvonne explained.

​"I'm jealous of Dagger. He just knows what he knows and that brush stroke is just gonna land where it lands," she said.

Dagger and Yvonne are currently working on orders for several pieces of artwork, the proceeds of which will go to animal charities.