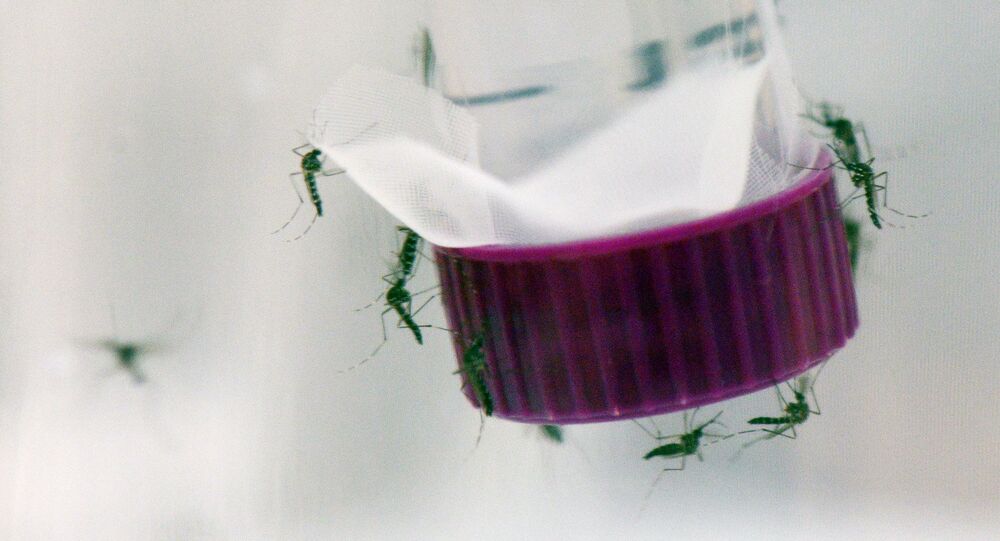 US Drug regulators issued an emergency use authorization that allows a newly available test for the Zika virus to be distributed in the United States and several other nations, the Centers for Disease Control (CDC) announced in a statement on Friday.

WASHINGTON (Sputnik) — The CDC established the network in 1999 to respond to bioterror threats and severe disease outbreaks. With laboratories throughout the United States, the network has since expanded to Canada, the United Kingdom, Mexico, Australia and South Korea.

"CDC will begin distributing the test during the next two weeks to qualified laboratories in the Laboratory Response Network, an integrated network of domestic and international laboratories that respond to public health emergencies," the statement said.

Previously, three separate tests were required to positively diagnose Zika infections because of the virus’ similarity with pathogens responsible for two other tropical diseases — chikungunya and dengue fever.

© AFP 2021 / MARVIN RECINOS
EU Allocates $11Mln to Support Zika Virus Research
With the latest approach, a single test will be needed to determine if a person is infected with the Zika virus.

Zika infections in pregnant women have been linked to an epidemic of severe birth defects in Brazil, where health officials are tracking more than 4,000 cases of babies born with abnormally small heads and underdeveloped brains.

Outbreaks of the disease have been reported in more than 30 nations and territories in the Americas.