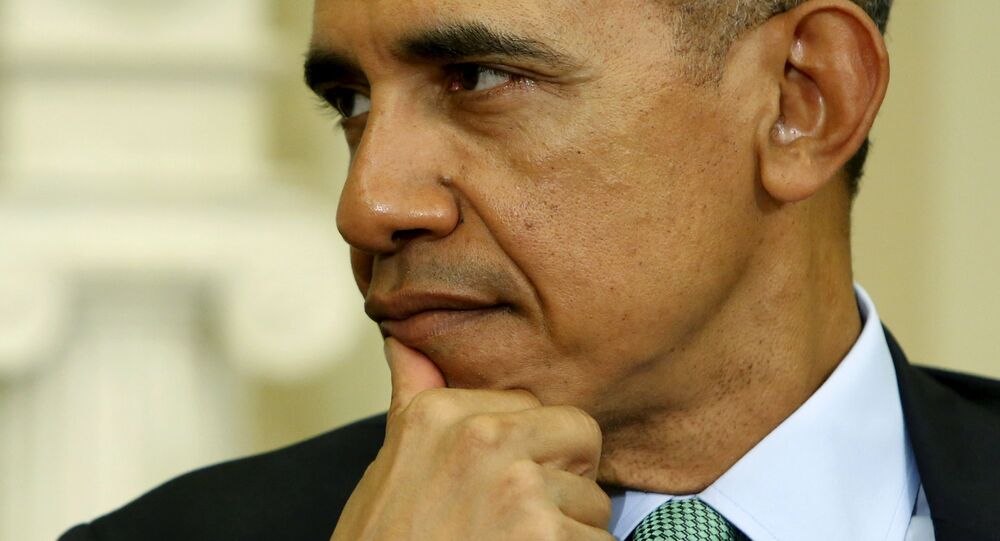 US President Barack Obama has not expressed support for a particular Democratic presidential candidate to a group of donors, contrary to earlier reports, White House press secretary Josh Earnest told reporters on Thursday.

WASHINGTON (Sputnik) — Earlier on Thursday, the New York Times reported that Obama has met with a number of Democratic donors and urged them to support former US Secretary of State Hillary Clinton in the presidential race. The meeting reportedly took place last weekend at a Democratic fundraiser.

"The President did not indicate or specify a preference in the race," Earnest stated in a press briefing.

Earnest underscored that the US president did not express any preference in regard to a possible Democratic nominee.

"President Obama made a case that… we need to be mindful of the fact that our success in November in electing a Democratic president will depend on the commitment and ability of the Democratic party to come together behind our nominee," Obama added.

Up to date, Clinton has had more victories in Democratic primaries and caucuses than Sanders.

In February, Clinton said that if she wins the 2016 election, she will work with congressmen to continue the progress on the basis of Obama's accomplishments.