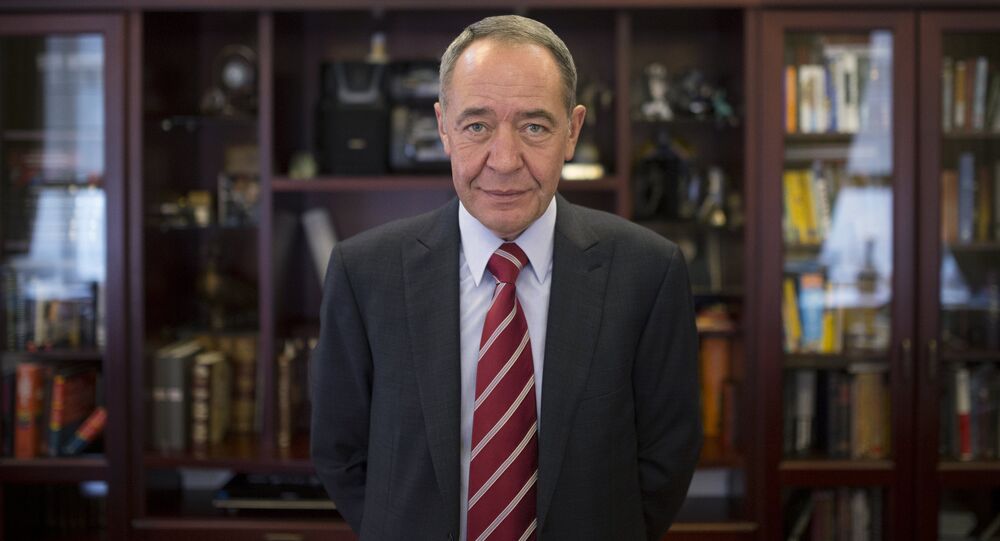 Spokesman for the agency Michael Friel said that the US Customs and Border Protection does not have any records showing that former Russian Press Minister Mikhail Lesin left the Unites States.

© Sputnik / Iliya Pitalev
Moscow Expects to Receive Data on Lesin's Death From US Investigators
WASHINGTON (Sputnik) — The US Customs and Border Protection (CBP) does not have any records showing that former Russian Press Minister Mikhail Lesin left the Unites States, spokesman for the agency Michael Friel told Sputnik on Saturday.

The border protection authority admits, however, that CBP's documents published earlier in the media are authentic, the spokesman added.

"This is not a record of an actual departure from the U.S. via commercial or private aircraft. CBP does not have a record of the individual departing the U.S. after the date of the decedent’s death," he said.

Earlier on Saturday, the media published a screenshot of Lesin's travel passport along with a CBP's document showing that the former Russian minister left the United States on December 15, 40 days after his death.

"The record mentioned in news reports is a screenshot of a record from U.S. Customs and Border Protection’s database, which was filed to close out the decedent’s non-immigrant visa record," Friel explained.

Lesin was found dead in a Washington, DC hotel on November 5, 2015. According to a coroner's report released Thursday, he died from blunt force trauma to his head. Earlier reports indicated that a heart attack could have been the cause of his death.

The 58-year-old served as Russia’s minister for press, broadcasting and mass communications from 1999 to 2004 and as presidential adviser from 2004 to 2009. In October 2013, he was appointed head of the Gazprom-Media holding. He stood down in January 2015, citing family reasons.