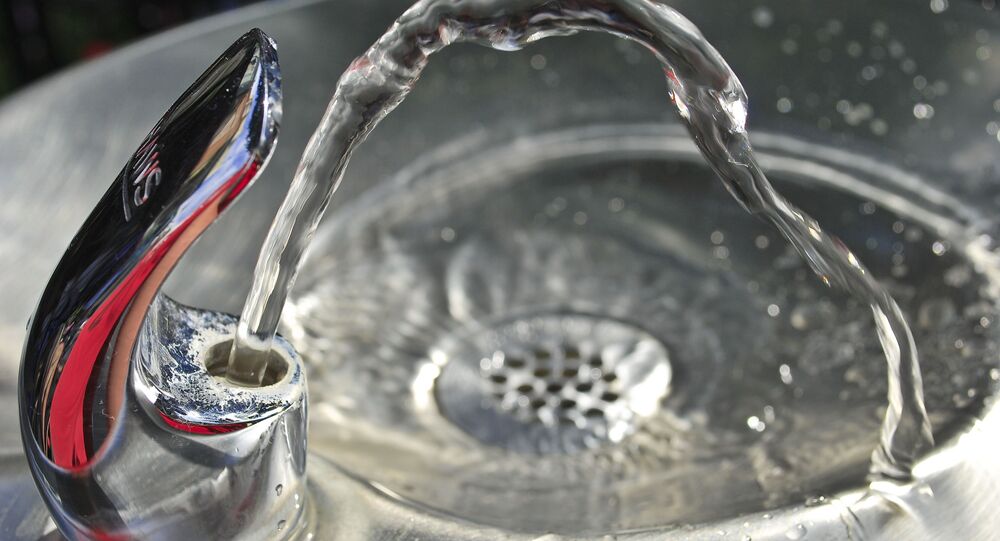 As details surrounding the Flint water crisis keep getting worse, drinking water in 30 public schools in New Jersey has been found to contain elevated levels of lead, but school officials assert that parents should “have no concerns.”

© Flickr / Petras Gagilas
Beyond Flint: Only Half of Americans Confident Their Water is Safe to Drink
On Wednesday, water fountains at schools in Newark, New Jersey, were shut off after elevated lead content was discovered. The “action level,” according to the Environmental Protection Agency (EPA), is 15 parts lead per billion, and 30 of the area schools tested above it. Even below that level, the Centers for Disease Control and Prevention (CDC) maintains that "no safe blood lead level in children has been identified."

Testing of district water began after staff noticed discoloration in an elementary school on March 3. Results from tests came back Monday, but officials waited until Wednesday to alert parents and shut off fountains.

"Officials say they do not know how long students at nearly half of the Newark's schools may have been drinking water with elevated levels of lead," NJ.com reported.

A joint press release from the Newark school district and the Department of Environmental Protection claimed that “parents should have no concerns about students’ water and food consumption at the school while the situation is addressed.”

“DEP has confirmed that lead has not been found within the Newark Water Department’s source water. In the vast majority of cases where lead is found in drinking water, it enters through the water delivery system itself when it leaches from either lead pipes, household fixtures containing lead, or lead solder,” it stated.

Though Flint has been the bellwether, many have pointed out that elevated lead typically occurs in impoverished and non-white communities. CommonDreams noted that, “in Newark, a significant majority of public school students are Latino or African-American and 76 percent of students in the district qualify for a free or reduced price launch.”

All 30 of the schools will now be relying on bottled water until their supplies are deemed safe, and they are currently soliciting donations from the public.