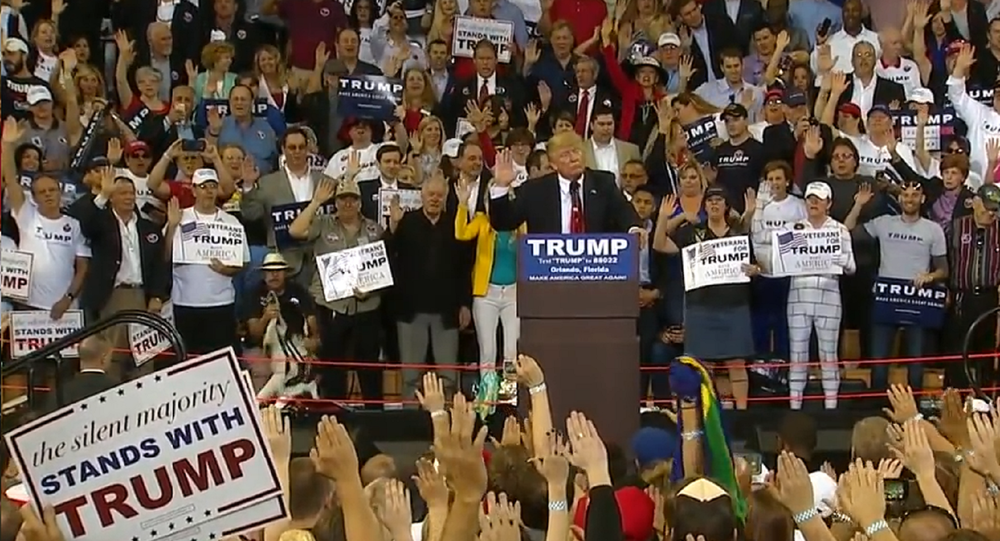 Just like his stance on the KKK and David Duke, Donald Trump apparently just doesn’t know enough about Nazism to realize his right hand pledge at campaign events might be a bit problematic, he claims.

The “Trump loyalty pledge” has been employed by the Republican front-runner at three recent campaign events, where he asks supporters to raise their right hand and pledge their allegiance, and vote, for the former reality television star. The result is strikingly similar to the Heil Hitler salute of Nazi Germany.

“As a Jew who survived the Holocaust, to see an audience of thousands of people raising their hands in what looks like the ‘Heil Hitler’ salute is about as offensive, obnoxious and disgusting as anything I thought I would ever witness in the United States of America,” Anti-Defamation League director Abe Foxman told the Times of Israel. “We’ve seen this sort of thing at rallies of neo-Nazis. We’ve seen it at rallies of white supremacists. But to see it at a rally for a legitimate candidate for the presidency of the United States is outrageous.”

On Tuesday, Trump was asked about the pledge by NBC’s Today Show, but called any comparison to a Nazi salute “ridiculous."

​"Honestly, until this phone call, I didn't realize it was a problem," Trump stated. He also claimed that the crowd was just “having a good time,” and that they requested — even demanded — that he lead them in the offending pledge.

Host Matt Lauer did not let the candidate off so easily however, and raised the issue of the imagery in combination with the candidate;s bigoted and racist statements throughout the campaign, particularly aimed at Mexicans and Muslims.

“I think [the controversy] is also in combination, Mr. Trump, with some of the rhetoric you’ve used on the campaign trail over the past several months targeting groups like Muslims and Mexicans, that that invokes images of Nazi Germany and the scapegoating of Jews there back in the 1930s and ’40s,” Lauer said.

Trump called Lauer’s connection a “big, big stretch,” but claimed that he will “look into it,” because he “doesn’t want to offend anybody.”

Critics of the candidate have long compared the demagoguery of Trump’s campaign to the rise of Hitler, particularly in the use of racist and xenophobic rhetoric to appeal to the fears of the American public.

Not So Fast: Why Moving to Canada if Trump Wins Will Cost You Big