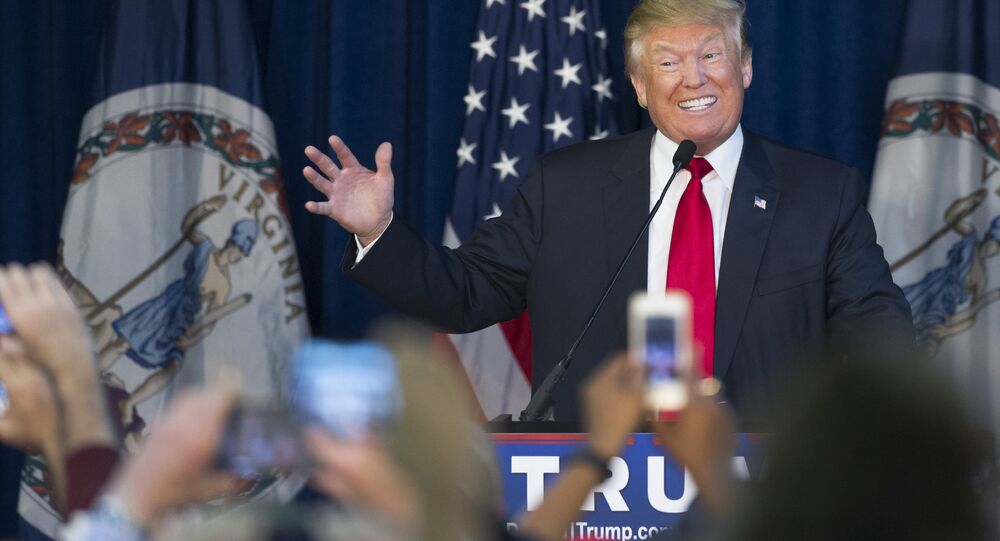 Can the Republican Establishment Derail Trump?

As Mitt Romney lashed out at Donald Trump after the latter’s crushing wins on Super Tuesday, Republican Party leaders have made it eloquently clear that they’re not pleased with the billionaire’s rapid advance. Will their attempts to derail Trump be successful?

© AP Photo / Matt York
Wait, What? McCain Joins Romney in Anti-Trump Blitz as Neocons Threaten to Back Clinton
Loud&Clear’s Brian Becker discussed with essayist and cultural commentator Chauncey DeVega and California State Secretary for the Peace & Freedom Party Kevin Akin how the wealthy real estate mogul used his money to gain prominence and whether his political rivals can stop him.

DeVega outlined that Trump owes his notoriety largely to racially charged rhetoric and populist demagoguery. The Republican front-runner appeals in his campaign to the white middle class and, in this light, he can be seen as an adherent to the GOP idea, he noted.

“The Republican establishment has used racism to win the elections. They’ve been doing that for quite long time,” DeVega said. “If [Republicans] want to win elections, they need to mobilize racially resentful alienated white folks.”

© REUTERS / Brian Snyder
Republican Candidates All But Bring Out the Measuring Tape at GOP Debate
Akin added that Trump actively uses right-wing victimization, a concept based on a belief that working middle-class whites should be dominant in society, but are held back by policies favoring minorities and those who are considered ‘disadvantaged’. However, a strategy of appealing to the middle class looks ‘bizarre’ in Trump’s case, as he is a legacy member of the ‘rich elite’, and cannot represent a middle class that he has no personal experience of, Akin stressed.

A Trump presidency could, however, play into the hands of multinational corporations pursuing goals markedly different from those of ordinary people.

“Of course there are some establishment members who seem to be willing to endorse Trump presumably for the personal advantage and advantage to their particular companies,” DeVega opined.

Donald Trump and the Dark Rise of American Authoritarianism
The most concerning aspect, both analysts declared, is not that all members of the wealthy one percent require the projected assistance a Trump presidency could provide, as they already exert power and influence through lobbyists and donations in the current political and economic climate. The real problem, DeVega and Akin assert, is that Trump is not politically controllable.

“The fact is that this Frankenstein monster put together by the Republican establishment does seem to be out of control. We’ll see if they are able to reign him in and install someone who’s been rejected by the majority of other voters at the primaries.” Akin said.

Republicans appear to be using an ineffective method of criticizing Trump in their attempts to suppress him, according to Akin.

“I think Trump will continue his progress toward a nomination. I’m not going to predict what’s going to happen at the convention. But I think that during the next week he’s going to progress,” Akin suggested.

Trump Softens Position on US Visas for Skilled Foreign Workers