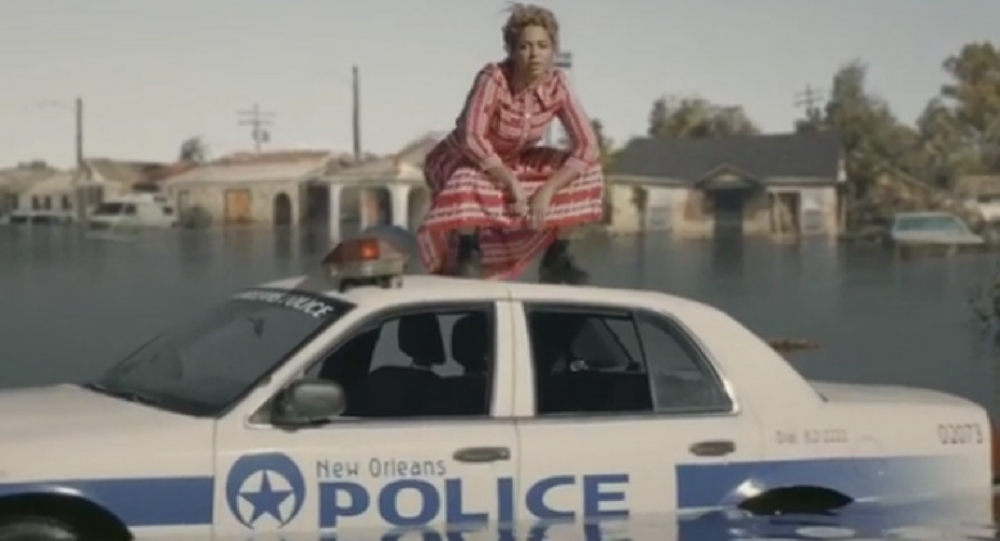 Despite the no-show attendance at a police-organized protest against the NFL and American pop superstar Beyoncé last week, backlash against the enormously popular performer by a members of US law enforcement still appears to be growing as officers are now refusing to work security at her shows.

© AP Photo / Mason Poole
Beyonce, Jay Z Bail Out Baltimore Protesters, Blast Critics in Rap (VIDEO)
In April, Beyonce is scheduled to play to a sold-out crowd at Tampa’s Raymond James Stadium, but local police are refusing to sign up to work the event. The sign up sheet for officers who desire to work the event for overtime pay has remained blank since it was posted.

The backlash is said to be a product of a controversial new music video and Super Bowl halftime performance of her song “Formation,” an anthem celebrating race. In the video, Beyoncé is seen laying on top of a submerged New Orleans police vehicle as it sinks, and the camera pans across the words “stop killing us” tagged on a wall after showing a young boy wearing a hoodie dancing in front of a line of riot police as the officers put their hands up in surrender. Her halftime performance featured dancers dressed in costumes reminiscent of the Black Panther Party.

Earlier this week, a Tennessee sheriff suggested that gunshots fired outside his home, as well as several police shootings across the nation, were directly related to performances by the singer.

“My comments reflect the violence and senseless killing of seven deputies in the US since the show aired. My comments are an observation of the violence that has occurred but in no way is meant to offend anyone,” Rutherford County Sheriff Robert Arnold wrote, regarding his belief that the shootings were inspired by Beyoncé’s Super Bowl halftime show.

The National Sheriff’s Association released a statement which read: "The senseless killing of four law enforcement officers just this week — on the heels of the anti-police ‘entertainment’ at the Sunday Super Bowl halftime show — reminds us that the men and women in law enforcement take a solemn oath that includes putting their lives on the line everyday to protect our citizens."