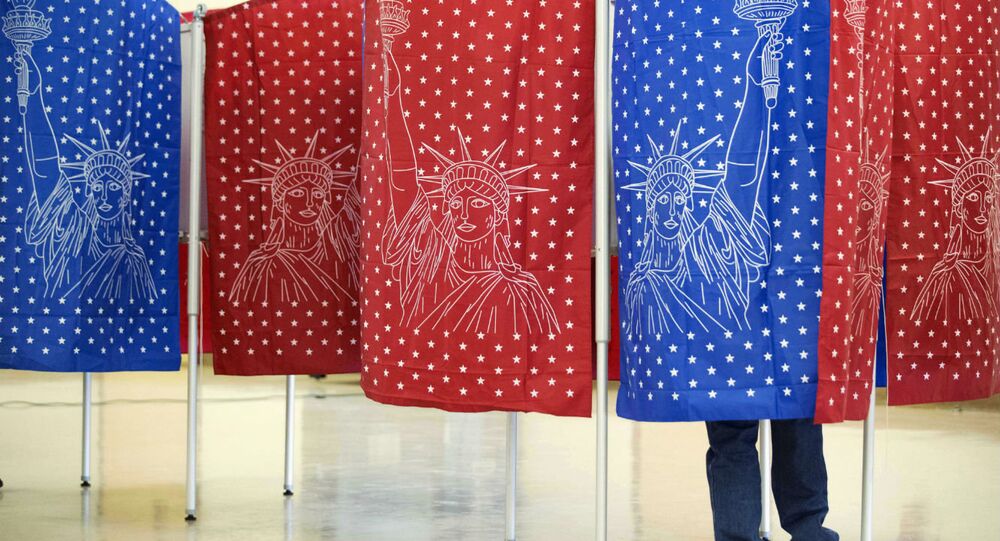 "I think there’s a rebellion in full swing," Green Party presidential candidate Jill Stein tells Loud & Clear host Brian Becker. "Whether it was inside the Democratic Party or inside the Republican Party, where an outsider also won by a huge margin.

"There are only two pigeon-holes here and [candidates] have to get stuffed into them, and I think what we see clearly happening in both parties is that there’s really a revolt at the margins of the parties, and the question is whether the parties – both of them – will allow the candidates to go forward…"

The Clinton campaign attempted to use comments made by former US Secretary of State Madeleine Albright and feminist icon Gloria Steinem to shame female voters supporting Bernie Sanders, but this backfired. As the media tried to derail Sanders, it was also bolstering Donald Trump.

"I was astounded to watch on CNN on Sunday…talking to him where he was able to call for waterboarding, and said 'I’m for much worse,' meaning much worse torture, without any kind of pushback from the media."

Still, while Sanders and Trump may be viewed as outsider candidates, they each represent polar extremes.

"You have this enormous openness to socialist ideas…as we see under the Sanders banner, and at the same time there’s incredible sort of immigrant bashing and warmongering going on under Trump and [Texas Senator Ted] Cruz," Stein says.

The political establishment is desperate for conventional candidates to beat out both Trump and Sanders, and at the same time, former New York Mayor Michael Bloomberg has hinted that he may join the race as an independent. Could this fractured landscape offer new opportunities for third party candidates?

"[Third parties] must go there to reach those people who right now are being capture by Trump," La Riva says. "We have to show them that Trump is a demagogue. He is against them, too."

"Suddenly it’s going to be ok to be running as an intendent entity, and I think that does create political space for third parties to come forward," Stein adds.

Even as Sanders and Trump appear outside of the establishment on domestic issues, their foreign policies would be more of the same.

"In a debate, he [Sanders] said that Assad is a brutal dictator, and that is an indication that he would continue the policy of saying that the Syrian government is not legitimate, continuing the funding to the terrorist organizations, the so-called opposition," La Riva says.

"You cannot create a just and sustainable America if you have a policy of total economic and military domination around the rest of the world," Stein says. "In order to have an America that works for us we need a world that works for us. You can’t have it both ways"

With the Obama administration pushing an even broader military budget, the US needs a candidate who will pursue global de-escalation.

"Without an international policy and program and demand against all US intervention abroad, and shutting down the bases, and bringing the troops home, and having a peace economy. And also helping with reparations to the countries that have been destroyed," La Riva says.

"You can’t have jobs at home if you’re having wars abroad."

Given Hillary Clinton’s involvement in destabilizing countries like Libya, third parties have a major opportunity to highlight topics overlooked by the corporate-run political establishment.

"The whole program of Hillary Clinton…has been the Democrats continual move to the right ever since, really, the end of the Jimmy Carter administration," La Riva adds. "It’s because they are the twin party of imperialism, which is continuing to build an empire, trying to build an empire, destroying states that they consider independent from US domination.

"And I don’t really think that Bernie Sanders presents a challenge to that. He doesn’t."

While Sanders has stressed that his focus is on breaking up big banks, dismantling such entrenched monopolies may not even be possible within the constraints of the Democratic Party.

"I think breaking up the banks through minimum capital requirements…should go hand in hand with also nationalizing them," Stein says. "We should have public banks at every level of community…so that we actually have public control over the money supply."

"[The banks] are also part and parcel of the drug trafficking operation, worldwide, that has caused death and destruction," La Riva adds. "Wachovia, in 2010, admitted that it had laundered $378 billion – not million, billion – of drug money."

A Sanders victory would be a major win for American progressives – but it would only be the beginning.

"That social movement deserves a political party so that the struggle is not one person, one revolutionary candidate inside of a counter revolutionary party," Stein says.

"We need to have a really deep movement here."