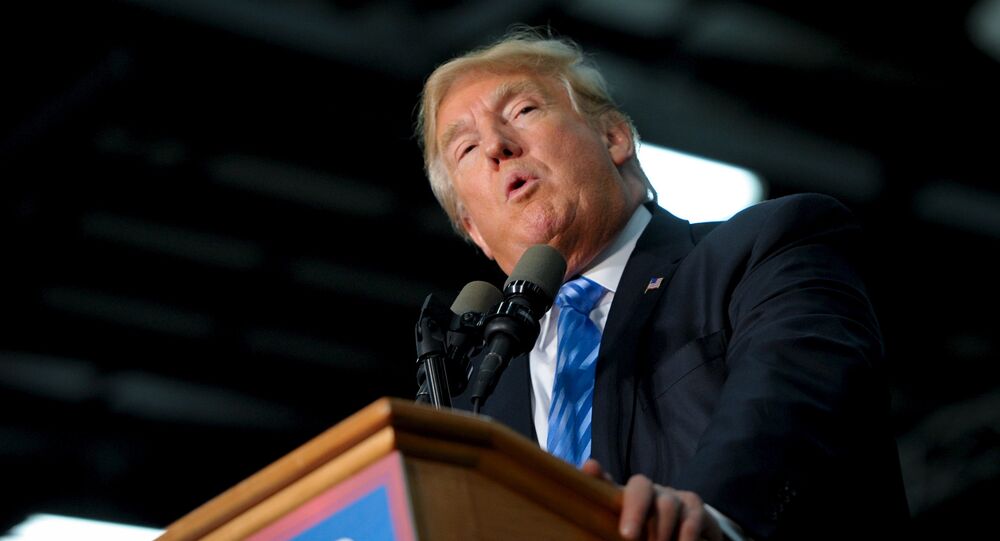 A second place finish in the Iowa caucus could still lead to victory in the race for the US Republican presidential nomination, billionaire businessman Donald Trump told his cheering supporters in the city of Des Moines.

WASHINGTON (Sputnik) — The first full primary election race will be held in the northeastern state of New Hampshire on February 9, where Trump enjoyed a lead of 29. 8 percent in a recent poll.

"I think we're going to be proclaiming victory I hope," Trump said in his concession speech on Monday night. "We will go on to get the Republican nomination and we will go on to beat Hillary [Clinton] or Bernie [Sanders]" in the November 2016 national election.

Democratic presidential frontrunner Hillary Clinton was holding on to a tiny lead of 0.8 percent lead over Senator Bernie Sanders with 92 percent of the vote reported, according to official precinct returns.

Clinton led with 50.1 percent to Sanders’ 49.3 percent, with 1,636 precincts reporting out of 1,683 in the Midwestern US state, the results on Tuesday night showed.

Sanders was initially trailing by one percent but closed some of the difference.

Trump had repeatedly predicted he would win the Iowa caucuses, but he only came in second place with 24.3 percent of the vote, behind the victor in the Republican race, Senator Ted Cruz with 27.7 percent. He finished only narrowly ahead of Senator Marco Rubio with 23.1 percent.

Trump Donates $1Mln to US Veterans