‘No Evidence’ of Active Shooter at San Diego Naval Hospital

People were instructed to “run, hide, or fight” as an active shooter and three gunshots were reported at the Naval Medical Center in San Diego on Tuesday morning. Military officials were later unable to substantiate the reports.

“**!ATTENTION!** An active shooter has just been been reported in building #26 at Naval Medical Center San Diego. All occupants are advised to run, hide or fight. All non-emergency response personnel are asked to stay away from the compound, located at 34800 Bob Wilson Drive, San Diego, CA 92134,” a post on the hospital’s Facebook page read. 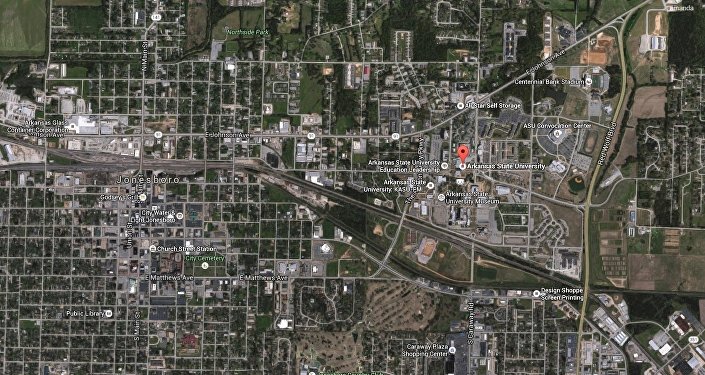 maps.google.com
'Active Shooter' at Arkansas State University Prompts Evacuations
An initial witness report stated that the shots were heard in a building containing the gym and barracks at approximately 8:00 AM local time. No injuries were reported. The hospital also holds a childcare facility which opens at 5:30 AM, and may contain up to 200 children.

"For all concerned, the childcare facilities at NMC are currently secured. All children are accounted for and safe,” officials announced in a statement shortly after 9:00 AM.

The Navy quickly had first responders and K9 units on the scene to clear the buildings, and people were ordered to shelter-in-place as the building went on lockdown so it could be cleared. A middle school and two high schools in the nearby area also went into lockdown. 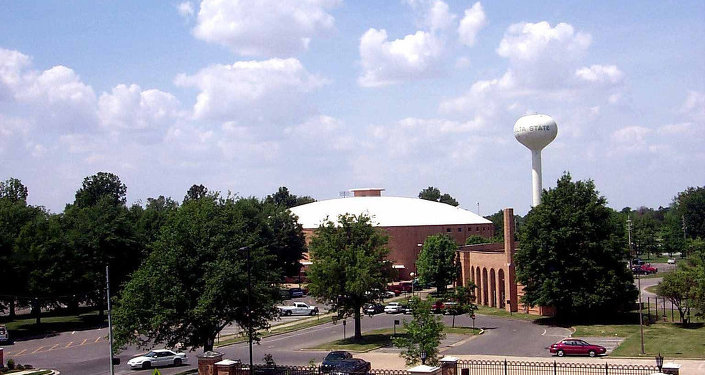 © Flickr / Jimmy Smith
Mississippi University on Lockdown Amid Active Shooter Threat
At 8:45 AM, a SWAT vehicle was seen entering the compound, but officials stated that an initial sweep did not turn up any evidence that shots were ever fired. Investigators are reportedly seeking the person who made the initial report.

By 10 AM, people were seen being lead out of the building with their hands up by law enforcement, though no arrests have been made.

Navy Capt. Curt Jones, commanding officer at the facility, said there was "nothing which substantiates" reports of a shooting.