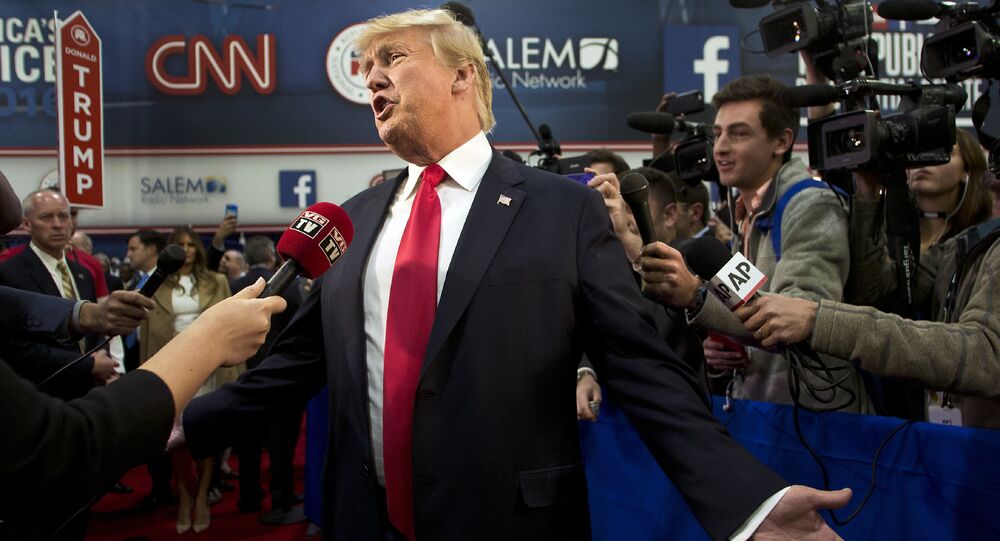 Considerable anger among voters at the policies and conduct of the US federal government has transformed into a surge of support for the Republican and Democratic presidential candidates that stand furthest from the political mainstream, according to a Rasmussen Reports poll released on Wednesday.

WASHINGTON (Sputnik) — The national telephone poll conducted January 14-17 found that 67 percent of likely voters are angry at the current policies of the US federal government, including 38 percent who say they are "very angry."

"It appears this anger is finally bubbling up in support of outsider presidential candidates like [Donald] Trump and Bernie Sanders," a Rasmussen Reports press release accompanying the poll said.

The vast majority of voters, or 84 percent, are especially upset at the US Congress, and of them 53 percent say they are "very angry" at members of the legislative, the poll revealed.

Large corporations present another target for voter disapproval, with 57 percent of voters blaming big companies for at least some of the nation’s woes, according to the poll.

Trump Says Palin to Have Position in Tycoon's Presidential Administration