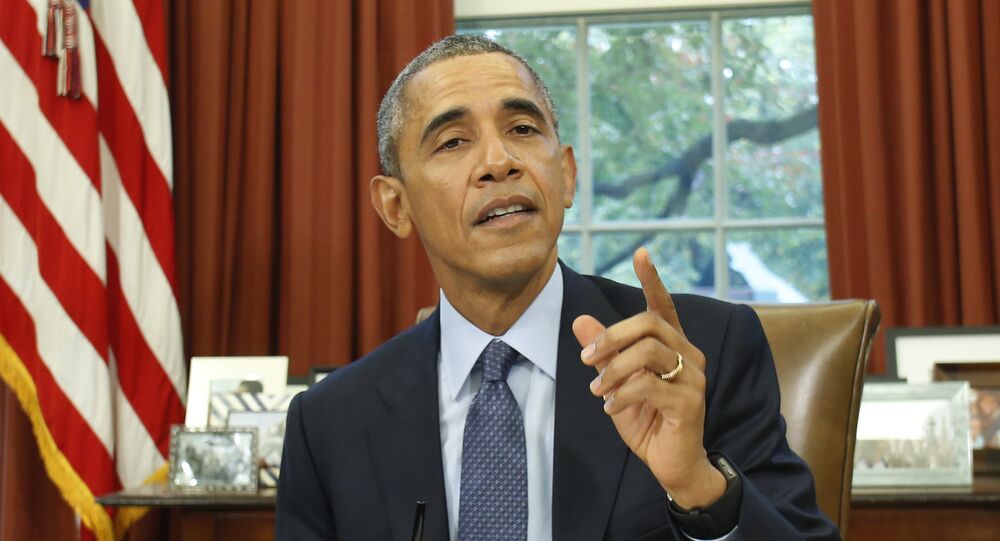 State of the Union: Obama’s Real Legacy One of ‘Perpetual War’

The lasting legacy of President Barack Obama’s administration will be the realization of the threat contained within the so-called military-industrial complex of the United States, former CIA analyst Ray McGovern said.

In an interview with Sputnik Radio’s “Loud & Clear,” ahead of President Obama’s seventh and final State of the Union address on Tuesday, McGovern asserted that the United States exists in a state of "perpetual war that Obama has pretty much guaranteed after his tenure."

The Last State of the Union: The Real Obama Legacy

While there had been "euphoria" surrounding Obama’s election in 2008, McGovern said, it was primarily an expression of national relief resulting from the departure of George W. Bush from the White House.

Author and activist Eugene Puryear said the US military’s intervention in Libya in March 2011 had "fantastic human consequences" and should be considered a "deep black mark" on the Obama administration.

© REUTERS / Jonathan Ernst
Flattered to Deceive: How Obama Went From the Anti-Bush to a Bush on Steroids

Obama entered office in January 2009 stating his intention to repair ties with Russia. Seven years later, the relationship between Washington and Moscow has only deteriorated.

“The United States feels that, on the international stage, everyone should be subordinate to them; the Russians do not feel the same way,” Puryear said.

“I think Obama was not able to overcome that basic antagonism between the desire of the United States to be the No. 1 leader in the whole world, and the desire of Russia … to play a larger role in global affairs, a more self-determining role,” Puryear said.