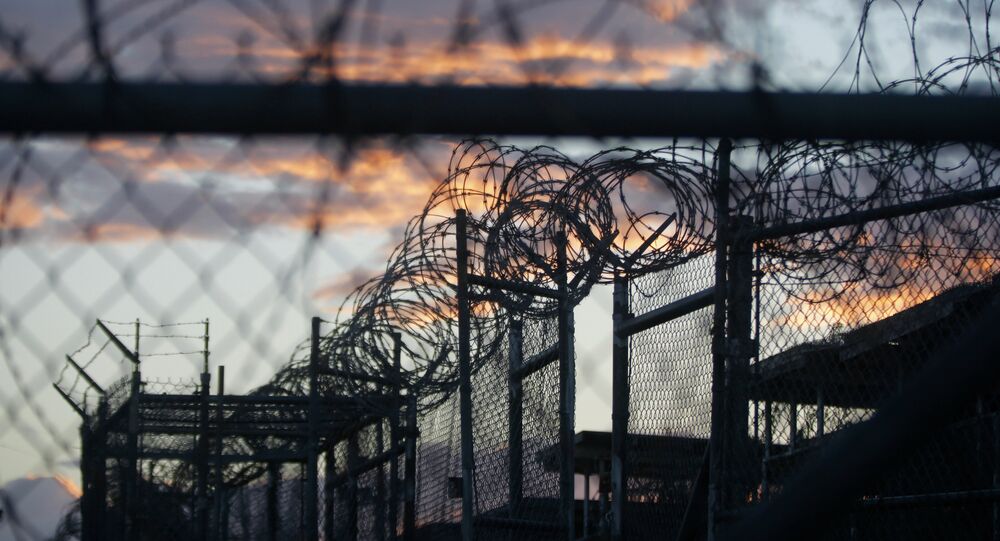 Close Guantanamo Co-founder and former detainee attorney said that Barack Obama might be forced to use an executive order to close the Guantanamo Bay detention center in Cuba.

© AFP 2021 / Files / Paul J. RICHARDS
US Might Close Gitmo Sooner by Improving Oversight of Detainee Review Board
WASHINGTON (Sputnik) – US President Barack Obama might be forced to use an executive order to close the Guantanamo Bay detention center in Cuba, also known as Gitmo, despite the risk of setting a dangerous precedent, Close Guantanamo Co-founder and former detainee attorney Tom Wilner told Sputnik.

"The more power the president [Obama] takes and acts contrary to congressional wisdom, you set a precedent for future presidents… and it may not be to your political liking," Wilner said on Monday after a symposium on Guantanamo’s 14th anniversary at the New America Foundation.

Obama might have to take executive action to close the facility before the end of his presidential term despite the risks involved, Wilner added.

Monday marked the 14th anniversary since the first inmate arrived at the Guantanamo Bay detention facility. Despite Obama’s pledge to close the facility prior to leaving office, 103 prisoners still remain there.